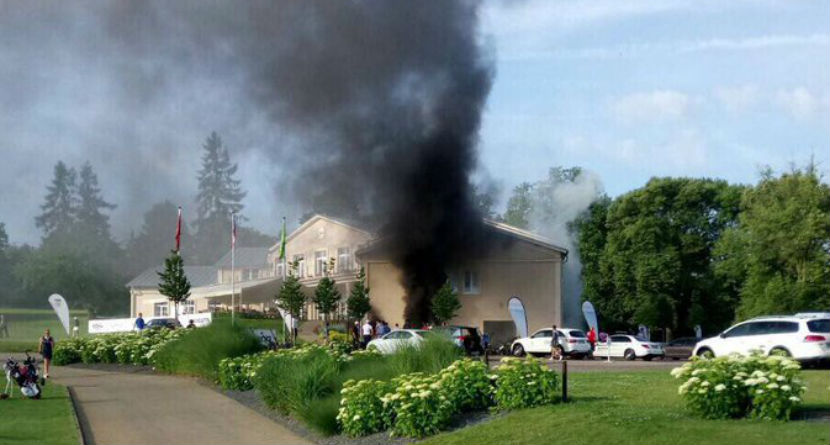 A scary scene unfolded over the weekend at a ladies pro tournament when a fire broke out in the clubhouse of the host course. The incident occurred on Saturday during a Ladies European Tour Access Series, the LET equivalent of the PGA Tour’s Web.com Tour, event in the Czech Republic, canceling the final round of the 54-hole tournament.

Several players posted footage on social media scrambling to get away from the blaze while protecting their gear at Serena Golf Club which started in the club storage area.

After play was initially delayed for obvious reasons, LET Access Series officials decided to cancel the third round and instead held a three-hole aggregate score playoff between the top three players on the leaderboard after the second round.

Due to a fire in the club storage area of the Casa Serena Golf Club the final day has been cancelled. Lucie Andre wins a 3 hole play-off. pic.twitter.com/7z7JyQaGSP