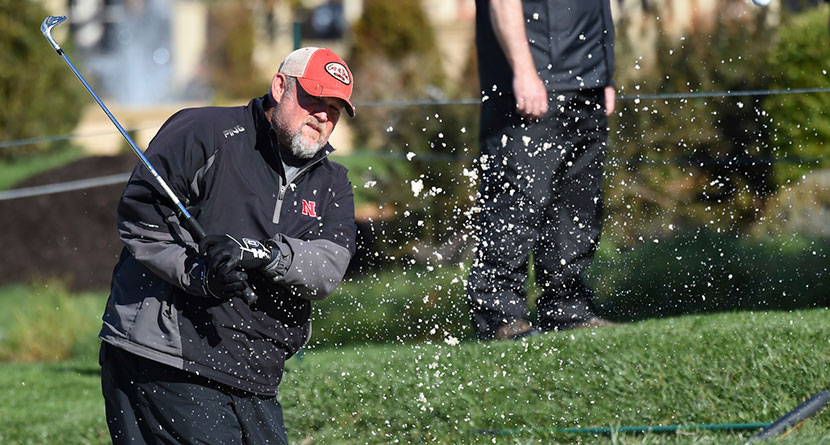 If it weren’t for Phil Mickelson going full Phil Mickelson all weekend at the AT&T Pebble Beach Pro-Am, the shot of the tournament may have gone to Larry The Cable Guy (government name: Daniel Lawrence Whitney).

Like last year’s event, one of the most entertaining moments of the tournament came from someone who does something other than play golf for a living.

In 2019, it was Tony Romo getting up-and-down from a hospitality tent, and this year it very well could have been Larry The Cable Guy’s attempt to use the Pebble infrastructure to his advantage.


While Romo is a well-known stick, LTCG is less known for his prowess on the course and more for his entertaining personality. As a 14-handicap, Larry’s not the worst player in the world, but teeing it up at Pebble Beach can make even the steadiest of players a little weak in the knees.

Playing alongside Sebastian Cappelen, LTCG found himself in a greenside bunker on the par-4 15th hole. Faced with one of the most difficult shots in golf, Larry bladed the bunker shot well over the green only to clank off the grandstand and roll back onto the green.

“You thought Phil’s shot at 7 was the shot of the year?” Jim Nantz asked Nick Faldo.

LTCG wasn’t able to convert the up-and-down, but making a putt on the poa annua at Pebble Beach late in the day isn’t easy as Larry proved a few years back when he brought a heckling fan in from the gallery ropes to attempt a short putt.

When you call out @GitRDoneLarry, you better be ready to back it up. #QuickHits pic.twitter.com/Kx7wCqoeFp