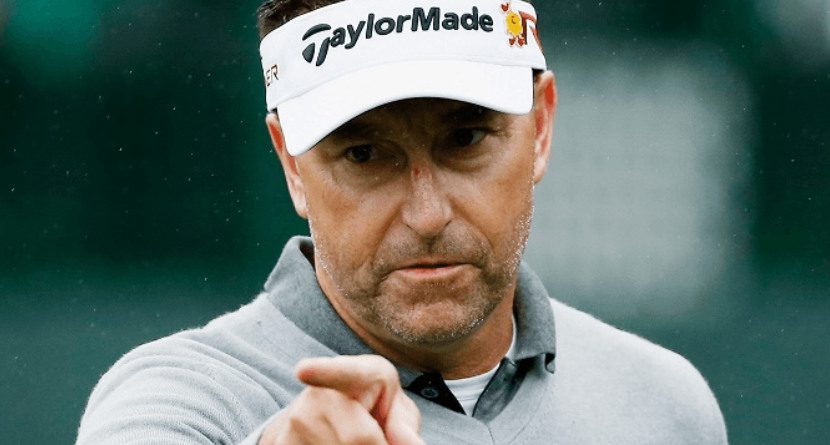 In case you didn’t hear, Robert Allenby was arrested two weeks ago after missing the cut at the John Deere Classic and was charged with disorderly conduct and criminal trespassing.

After the incident, Allenby told USA Today, “There’s nothing to be said or done about. Nothing happened.” When asked about the charges, Allenby said, “I have no idea, mate. No idea.’’

According to the police report obtained by Golf News Net, while indeed there was an incident involving Allenby, the charges have been dropped:

One of the two arresting officers arrived at the casino at 2:29 a.m. and spoke with Jumer’s head of security, who said that, at 2:15 a.m., he was notified that Allenby was visibly intoxicated and on the casino floor, which is not allowed under Illinois Gaming Board regulations. The head of security had already spoken with Allenby and told him that he would have to be removed from the floor. The head of security told a responding officer that Allenby became “very irate” and cursed at him, calling him a “f***ing a**hole” and a “f***ing wanker.” Two Illinois Gaming Board officers were able to get Allenby to the front of the casino floor, though Allenby refused to leave completely.

Illinois Gaming Board agents found Allenby a room at a different hotel, and a cab was called to transport him. Before the cab could take Allenby on his way, he again castigated the officers. At that point, he was taken to the local jail, where bond was set at $1,500.

On Aug. 16, a Rock Island detective returned to the casino for follow-up. The casino’s director of security chose not to pursue any charges related to criminal trespassing, and the head of the security force declined to pursue the disorderly conduct charge. The detective reported that the officer “just did not wish to ever see Mr. Allenby again.”

Last week, Allenby teed it up at the Wyndham Championship, but missed the cut for the 23rd time this year, thus putting an end to another forgettable season.