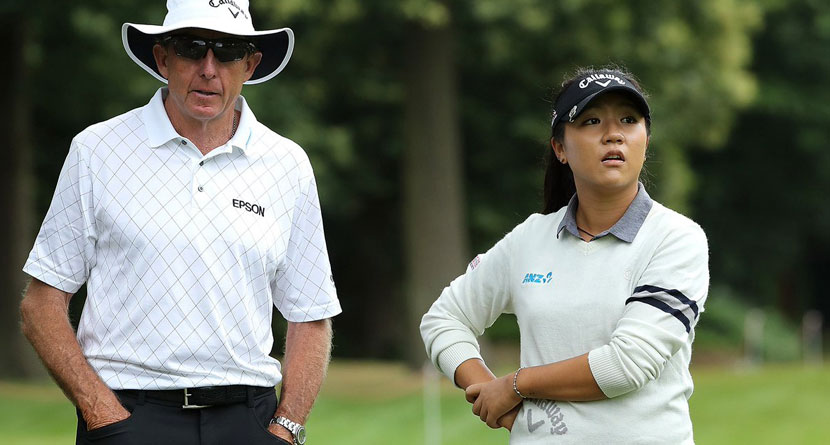 Former World No. 1 Lydia Ko has won just once in the last three years and her former swing coach David Leadbetter has called out the prodigy’s parents as the leading reason why.

Speaking in a radio interview earlier this week, Leadbetter didn’t hold back when assessing blame to Ko’s parents and suggesting she shut down her schedule for the remainder of the 2019 season.

“My advice would be to take a break right now,” Leadbetter told New Zealand’s Radio Sport. “She doesn’t need to play for the rest of the year. Just get her head together, relax, get away from the game and rethink this whole thing.

“Her parents have a lot to answer for – a case of unbelievable ignorance. They tell her when to go to bed, what to eat, what to wear, when to practice and what to practice. And they expect her to win every tournament.

“They need to let her go, let her fly, let her leave the nest so to speak and find her own way. If she can do that, we could see Lydia back.”

Leadbetter, who coached Ko from November 2013 to December 2016 during which time Ko won 13 of her 15 LPGA Tour titles, including a pair of major championships, has been critical of Ko’s parents previously, most notably last April.

“They feel like they know her best, know her moods,” Leadbetter said at the time. ‘They’re right, they know her. But there is no way she made these changes on her own. There is absolutely no way. Whatever she says, ‘I’m making my own decisions now,’ that’s baloney. They were made for her.”

Ko hasn’t taken Leadbetter’s comments lying down. In a recent post to Instagram, Ko wrote, “Thank you to the haters for making me stronger and push me to be the best version of myself … and thank you to each and every one that have supported me, your love makes a bump feel like a smooth ride.”

“Thank you to the haters for bringing out the strength in me, and pushing me to become the best I possibly can be… and THANK YOU to all those that have supported me at my highest and lowest, and making all the bumps along the way feel like a smooth ride!” No matter what any one says, all we can do is what’s best for ourselves, and most importantly what makes us happy! So, remember this…. ‘Just Be You’ ? #HaveCourageAndBeKind

Ko missed the cut in both the Evian Championship and the AIG Women’s British Open in the last fortnight. She is not in the field at this week’s Aberdeen Standard Investments Ladies Scottish Open.