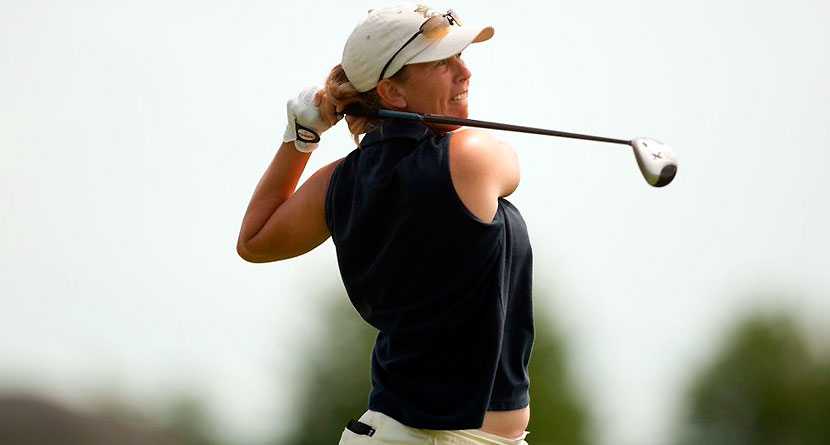 The Rules of Golf can be used to one’s advantage, or they can be brutal in their rigidity. At this week’s Senior LPGA Championship in French Lick, Indiana, the latter was true for Lee Ann Walker.

Currently a real estate agent in Southport, North Carolina, Walker played on both the LPGA and Symetra Tours earlier in her career, but thought the opportunity to play in the senior major would be fun to compete and give her a chance catch up with old friends.


What came about, however, was something Walker never saw coming. Aware there were rule changes that went into effect at the beginning of 2019, Walker was familiar with the new drop procedure, for instance, but not another change — caddies are no longer permitted to line up their player.

Walker played her first 23 holes of the event blissfully unaware that she was breaking the rules on what she counted up to be 29 different occasions. As a result, Walker had to add 42 penalty strokes to her first-round score and another 16 to her second-round score.

“This is my first competitive round since 2011 or 2012,” Walker told Golfweek.com’s Beth Ann Nichols. “Now that I don’t play the LPGA anymore, I don’t watch golf. I knew there were rules changes. I just honestly didn’t know ’em. Just plain and simple. My stupidity for not going over the rules changes.

“This may be my claim to fame. Not exactly how I was looking to do it.”

Walker shot rounds of 85 and 74 before the penalties were added, turning them into official rounds of 127 and 90. While Rule 10.2b cost her 58 shots, Rule 3.3b kept Walker from being disqualified because the rule prevents players from being retroactively disqualified if “one or more penalty strokes that the player did not know about before returning the scorecard” are not included on the signed card.

Why? Her caddie lined her up and she was alerted to the rule midway through her second round. pic.twitter.com/KHTpSBvFrG

Walker’s playing partners made her aware of her rules breach on the fifth hole of her second round.

“I wasn’t mad; I wasn’t upset. I was just like, that’s going to add a ton to my scores,” Walker said. “At that point what can you do? Obviously, it’s my fault for not knowing the rules, but what am I going to do?”

As it was, Walker would have missed the cut by one stroke without the penalties, but after having them added to her card, she may have a new claim to fame.

“I may have made the Guinness Book of World Records,” she said. That was my score, and everyone gets to see it.

“I’m glad I went. I got to see a lot of great friends, it was a great golf course, great event. Everything was great except for my penalties.”