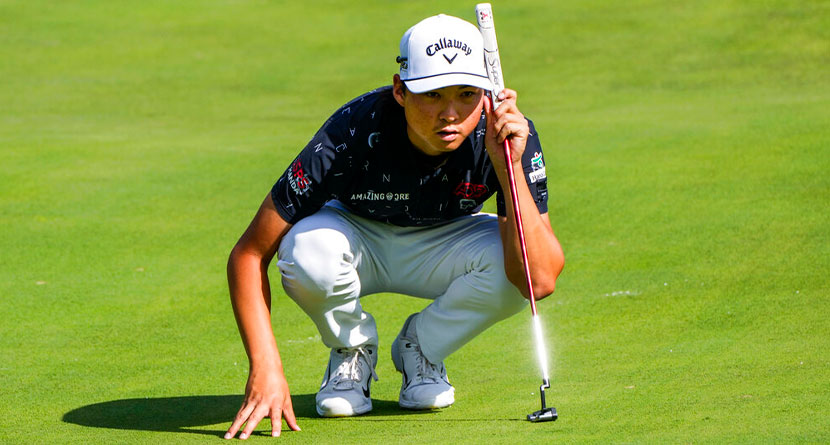 SOTOGRANDE, Spain (AP) — Min Woo Lee shot a 5-under 66 at Valderrama to sit in a five-way tie for the lead at the Andalucia Masters on Thursday.

The Australian had five birdies, an eagle and two bogeys in his opening round, finishing tied with Pep Angles, David Horsey, Jazz Janewattananond and Soren Kjeldsen.

Lee is coming off a third-place finish at the Spanish Open last week and is trying to improve on his runner-up finish to Matt Fitzpatrick at Valderrama last year.

“I love this course,” Lee said. “I love the vibes here so just want to keep it going. I feel good about this course.”

"I love this course, I love the vibes here so I just want to keep it going." @Minwoo27Lee 💬 | #EDAM2022 pic.twitter.com/QicUBr4OgF

Fitzpatrick, the reigning U.S. Open champion and the highest-ranked player at the Andalucia Masters at No. 10, opened his title defense with a 3-over 74 that included four bogeys and a double bogey.

“It’s just the way the golf course is, you hit in the wrong spot, you don’t have a shot,” Fitzpatrick said. “I’ll need a low one tomorrow to get back in contention, so there will probably be a little less patience and a little more aggressive play to try to make up a score.”

Robert MacIntyre and Adrian Otaegui were a shot off the lead in a tie for sixth place.

The Andalucia Masters is the second of three consecutive DP World Tour tournaments in Spain.