Lefty Was Not Pleased With East Lake’s Set-Up 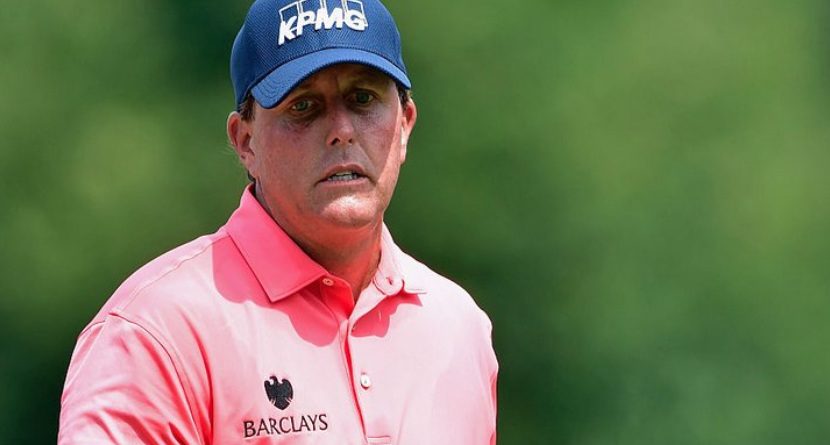 Phil Mickelson fired a final round 66 in the Tour Championship at famed East Lake Golf Club, including a scorching 29 (!) on the back nine (formerly the front nine), but that didn’t stop the U.S. Ryder Cup Task Force co-founder from sharing his displeasure with the course set-up.

“I’m going to point something out,” Mickelson said after his round, according to Golf Channel. “This is a great example of the disconnect that we have on the U.S. side because the [PGA] Tour doesn’t own the Ryder Cup, let’s say, or doesn’t work in conjunction with the PGA of America.”

His main point being the incredibly difficult rough which was grown out to four inches in some spots. While it put an emphasis on hitting the fairways, it made life miserable if you didn’t. Not exactly ideal conditions heading into arguably the biggest event in golf. According to him, the European side would never let that happen.


“The European Tour [which owns the Ryder Cup overseas] would never have the set-up be so different the week before the Ryder Cup,” Mickelson said. “Why the Tour set it up so differently from what we’re going to have next week is a lack of communication and working together. It’s those kinds of details that we have to sort through as a unit to bring out our best.”

Phil shoots 29 on the backside of East Lake and immediately sends Bones to Hazeltine to start pulling pins.

The next Ryder Cup held on U.S. soil will be in 2020 at Whistling Straits. Four years should be plenty to figure it out, right?