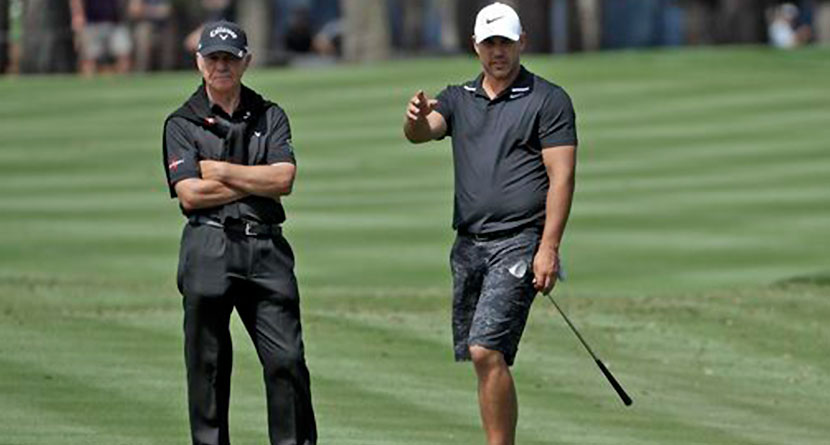 One of golf’s most respected and sought-after swing instructors believes he has contracted COVID-19, although he has not taken a test.

“You really don’t want this,” Cowen, who is 70, said. “I’m feeling horrendous and wouldn’t wish this on anyone; no matter how young and fit they may be.”


Cowen was in Florida for the Players Championship last week, and returned home to England before coming down with symptoms in the middle of last week.

Leading golf instructor Pete Cowen tells The Daily Telegraph in Britain he has all the symptoms of the new coronavirus and says he has told all his players. https://t.co/jXGf9OwHYD

“After a few days of self-isolation, we decided to ring the ambulance and the medics said I ticked every box on the corona sheet – low blood-oxygen levels, persistent dry cough, raging temperature, high heart rate,” Cowen said. “They were fantastic, but said they were not allowed to test me unless I was admitted to hospital and then the staff there decided to keep you in.

“I was surprised, to say the least, and still find it odd, to be honest, but because of the bed shortages and because I’m in pretty good nick, I elected to stay put. I don’t want to alarm anyone, and I might just have been particularly ­vulnerable to it, but I’m not sure how anyone with an underlying illness could cope with this.

“I urge everyone to do exactly what the authorities are saying. I’ve told all of my players the same.”

Ignore the headline the world’s greatest coach, Pete Cowen, ‘does’ have coronavirus. The ambulance staff all but confirmed it. Have been in contact with him for the past few days and he is in his same stubborn humour. As SPOTY coach of the year Monty says, ‘we wish him well’… https://t.co/DGiTHRPe5f

Golfweek.com’s Adam Schupak spoke to Woodland, who confirmed Cowen was struggling with symptoms of COVID-19.

One of the game’s premier coaches, Pete Cowen, is suffering from coronavirus symptoms and has been self-isolating accordingly.

“I’ve talked to Pete over the last couple days and he’s said he thinks he has the virus and has been in isolation feeling horrible,” Woodland told Golfweek in a text. “My thoughts and prayers are with him and everyone during this time. My family and I are at home feeling great trying to entertain three kids under 3. We are healthy and have no symptoms.”

Cowen said that he hopes and expects to be feeling up for teaching in a few days when he expects his stable of players to get back to work.

“I can’t see the Tour resuming for months and months,” he said. “But ­after a week off, getting their heads around it, I know all the pros will start practicing and make sure everything stays in working order. Next week, I’m sure I’ll get a few videos sent through asking for my observations. Hopefully, I’ll feel up to it by then.”