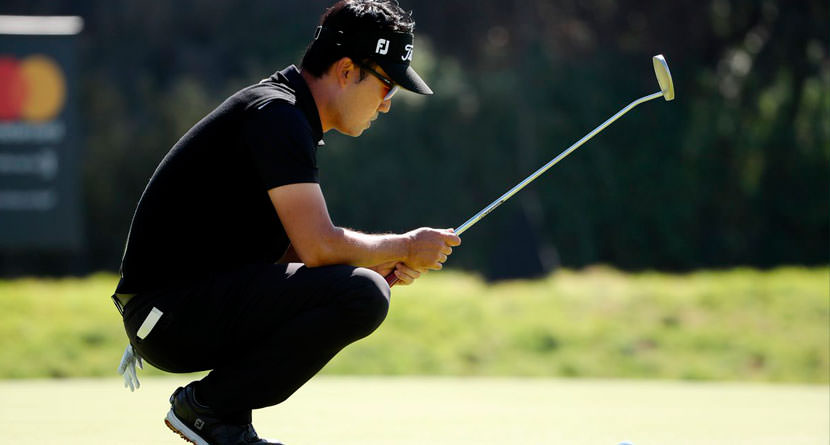 Slow play in golf has become an epidemic, but until penalties and dollars are charged at the highest levels, it’s unlikely to change.

However, an English cricket legend is trying a different approach — slow-play shaming professional golfers on social media. Kevin Pietersen is widely regarded as one of the greatest cricketers to ever play the sport, but now he spends a lot of his time playing golf after a fruitful career on the pitch.

Like anyone with a large social media following and strong opinions, Pietersen made headlines this week following videos he posted on Sunday and Wednesday, respectively, gained traction online.

GolfDigest.com’s Alex Myers had the story.

Cricket legend Kevin Pietersen posted a screen-grab video of Kevin Na taking an inordinate amount of time over a par putt during Sunday’s final round of the Genesis Open. Well, an inordinate amount of time for the average golfer. For the notoriously deliberate Na, it wasn’t that unusual. Anyway, here’s Pietersen’s post, which made the rounds on Golf Twitter — in addition to going out to his 3.6 million followers:

That Is A Tap In, MATE! pic.twitter.com/YMmNT6m5H7

But Pietersen wasn’t finished on the topic of Na’s slow play. On Wednesday, he shared this video of him handling a similar-length putt. In a not-so-similar amount of time.

“That’s how it’s done.” Point taken. Although, to be fair, one Kevin was putting on a practice green while the other was putting for a $1.3 million prize.