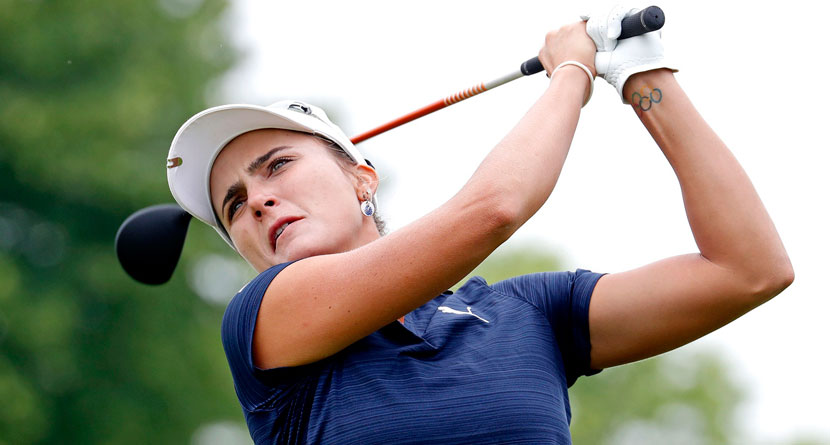 Lexi Thompson remains among the biggest draws in women’s golf and is No. 7 in the world. Even so, it’s hard to fathom how such talent can go more than three years and 55 starts on the LPGA Tour without winning.

Her latest chance was Sunday at the Dana Open in Ohio, where Thompson went into the final round one shot behind 19-year-old Lucy Li. On a rain-softened course in which Gaby Lopez shot 63 to win, Thompson didn’t make a birdie until the final hole and shot 73 to tie for 16th.

She was asked about the winless drought on the eve of the final round and said: “Yeah, it has not worked out the way I want it to in a few events, but that’s golf. I think you never lose; you’re always learning. … It’s golf. I mean, it’s a crazy game.”

Thompson has been runner-up eight times during this stretch, which doesn’t include missing the playoff in the 2021 U.S. Women’s Open when she had a five-shot lead. She also threw away a late lead in the KPMG Women’s PGA this year.

Lydia Ko went through a drought of 58 consecutive LPGA starts without winning from 2018 to 2021. She fell out of the top 50 at one point, and since has won twice and is back up to No. 4.

Thompson, meanwhile, headed south to Cincinnati and will try again this week in the Kroger Queen City Championship.