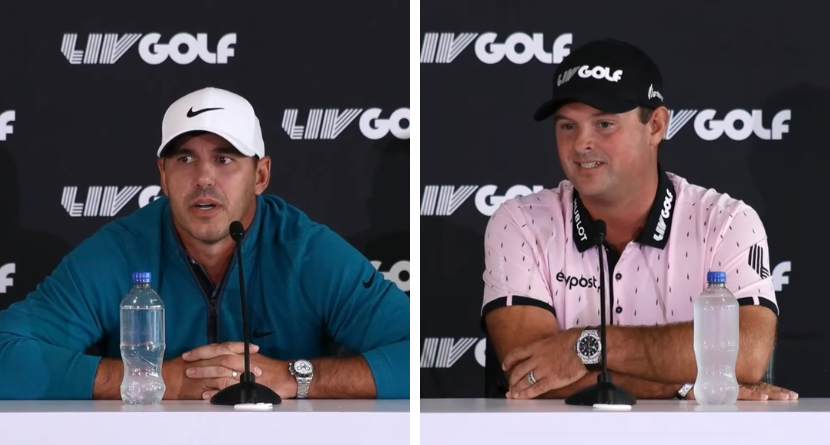 An irritable new batch of LIV defectors took turns straining credulity with their PGA Tour grievances at a series of press conferences promoting the Saudi-funded circuit’s Portland event on Tuesday.

To summarize: the Tour is a frown-fest with a draconian schedule and paltry purses. Family time? A few months to recover from a major injury? Forget it. There’s barely enough time to chat with your coach over Zoom.

Yes, one by one, a collection of the Tour’s most notorious cranks took the opportunity to gleefully stuff the suggestion box while extolling the virtues of their new employer.

Here are some of the highlights:

It would be very difficult to overstate just how incredible this Brooks-Perez-Reed LIV press conference was today. pic.twitter.com/zYy1hD8qWR

You can watch the full press conferences below: