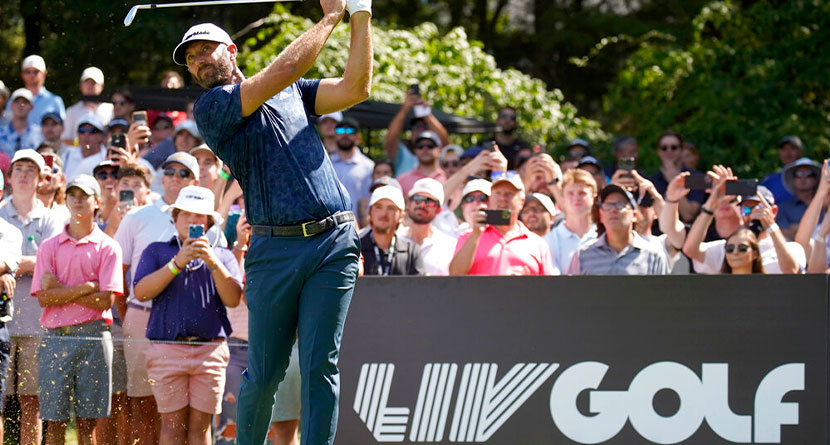 LIV Golf filed its application for world ranking points a month after it played its first event, and none was awarded for the inaugural season as the Official World Golf Ranking considers it.

The effect of not earning ranking points — except for two majors and a few European tour events — is becoming clear with each week.

LIV Golf signed 18 players who were among the top 50 going into 2022. With two months left in the year, now there are only 11. Of those players, nine were in the top 25 to start the year. Now there are three.

Effect of the OWGR on LIV:

Dustin Johnson was No. 13 when he signed. Now he is at No. 31, one spot behind Corey Conners.

Nine players have fallen out of the top 100, a group that includes Phil Mickelson, Ian Poulter and Matthew Wolff.

Still to be determined is how much the majors will rely on the world ranking as part of their criteria. But even if the majors left everything the way it was last year, 35 of the leading 48 players from LIV Golf would not be exempt for the Masters, U.S. Open or British Open next year. The PGA Championship bases a bulk of its field on “special invitations,” and those invitations tend to go to players in the top 100.

Phil Mickelson, Bryson DeChambeau, Cameron Smith, Brooks Koepka and most likely Johnson would be the only ones assured of playing in all four majors. All have won majors from 2019 or onward, and those typically come with a five-year exemption to the other majors.