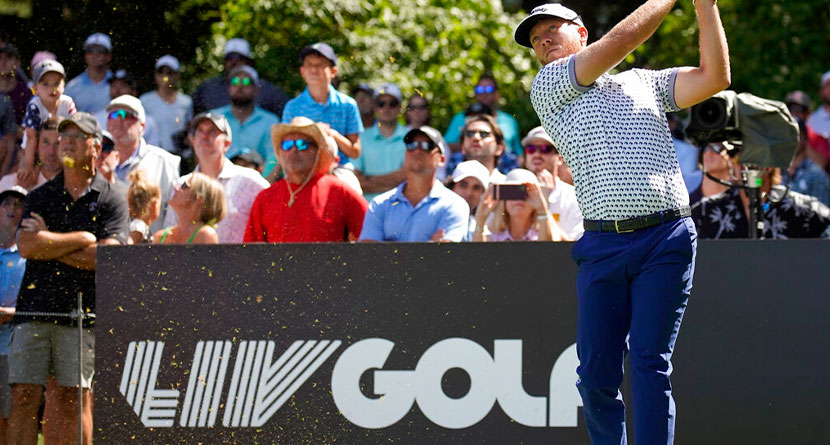 LIV Golf added three more tournaments to its 2023 schedule on Wednesday, two of them at courses and markets where the PGA Tour no longer plays and a third on an Oklahoma course that previously held an LPGA Tour event.

The Saudi-funded rival league now has announced seven locations for its 14-tournament schedule next year.


LIV said it would go to The Gallery at Dove Mountain in the high desert north of Tucson, Arizona, where the Accenture Match Play Championship was held in 2007 and 2008 before moving to a different course at Dove Mountain.

Henrik Stenson, now part of the LIV roster, won the inaugural year in 2007 and Tiger Woods won in 2008 before the tournament left for a Jack Nicklaus design.

Also on the schedule is the Old White course at The Greenbrier in West Virginia, which held a PGA Tour event from 2010 to 2019 until it was moved to the fall and shortly thereafter ended its contract. It will be played Aug. 4-6.

Phil Mickelson, a chief recruiter for LIV Golf, and Bubba Watson have had property at The Greenbrier. The last two winners at The Greenbrier, Joaquin Niemann in 2019 and Kevin Na in 2018, are not part of LIV Golf.

Cedar Ridge in the suburbs of Tulsa, Oklahoma, will host a LIV Golf event on May 12-14, the same week the PGA Tour is about five hours away in the Dallas area for the AT&T Byron Nelson.

That will give Tulsa three tournaments in three years — the Senior PGA Championship in 2021 and the PGA Championship this year, both at Southern Hills. Cedar Ridge, highly regarded in the state, had the 1983 U.S. Women’s Open won by Jan Stephenson, and an LPGA Tour event from 2004 to 2009.

LIV Golf previously announced tournaments at Mayakoba (Feb. 24-26), which for more than a decade was an increasingly popular PGA Tour stop for the fall; The Grange in Adelaide, Australia (April 21-23); Singapore (April 28-30); and Valderrama in Spain (June 30-July 2), long a European tour stop.

The PGA Tour has revamped its schedule to offer $20 million purses at “elevated events,” and LIV Golf has stayed away from those in choosing its dates.