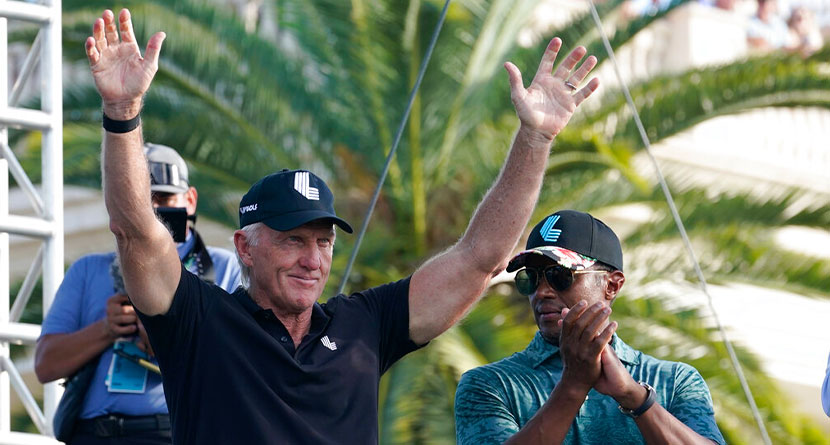 What do Nancy Drew, Criss Angel, Penn & Teller, and Cameron Smith all have in common?

All four will be appearing on The CW Network in 2023.

Reported earlier this week by SI.com’s Bob Harig and confirmed on Thursday by LIV Golf, the Saudi-backed golf series has signed a multi-year broadcast agreement with the American cable network to broadcast its 14 events in 2023.


LIV streamed its 2022 events on YouTube and the league website with no U.S. broadcast deal in place. Reports surfaced in September of last year that they might even try to purchase airtime on Fox Sports 1 after other networks balked at linking up with the Saudi-backed series.

Locking down a broadcast partner has been one of LIV’s major offseason priorities, and a major key for marketing the LIV franchises it eventually intends to sell. Announcing a broadcast partner is the first positive headline for the league in months.

Oct. 29: He and another exec give media a 90-minute presentation about LIV’s business structure in ’23.

Oct. 30: He tells me he can “absolutely” sell the league to sponsors.

Sometime in November: He resigns.

Khosla’s departure was followed by Matt Goodman’s resignation in early January. Goodman was named LIV’s director of franchises in May of 2022, and came to the league from New York City Football Club in MLS. He has since joined the Dallas Mavericks as their Chief Operating Officer, according to his LinkedIn profile.

“This is a momentous day for LIV Golf as this partnership is about more than just media rights,” Greg Norman, CEO & Commissioner of LIV Golf, said in a statement.”The CW will provide accessibility for our fans and maximum exposure for our athletes and partners as their reach includes more than 120 million households across the United States.”

“This is a momentous day for LIV Golf…” – CEO & Commissioner @SharkGregNorman #LIVGolf pic.twitter.com/SeyiFXFsqE

Before the deal with The CW Network was officially announced, speculation heated up after LIV broadcaster David Feherty hinted about the deal during a comedy appearance in West Palm Beach, Florida.

“Have you heard of CW?” Feherty said, before leaving the crowd with a cliffhanger. “I might get fired for this, but…”

Feherty left NBC and Golf Channel in July of last year to join the LIV Golf team, and was pretty blunt about his main reason.

“I hear, ‘Well, it’s grow the game,” Feherty said in an interview with the Toledo Blade. “Bullsh**. They paid me a lot of money.”

Feherty and the LIV team would be broadcasted in 220 U.S. media markets. A source told SI that The CW would not be paying a rights fee, and that they would instead enter into a revenue-sharing arrangement with LIV.

The 2023 LIV Golf schedule is expected to include 14 events, though only seven have been confirmed. The 2023 season kicks off in Mexico February 24-26 at El Camaleon Golf Club.