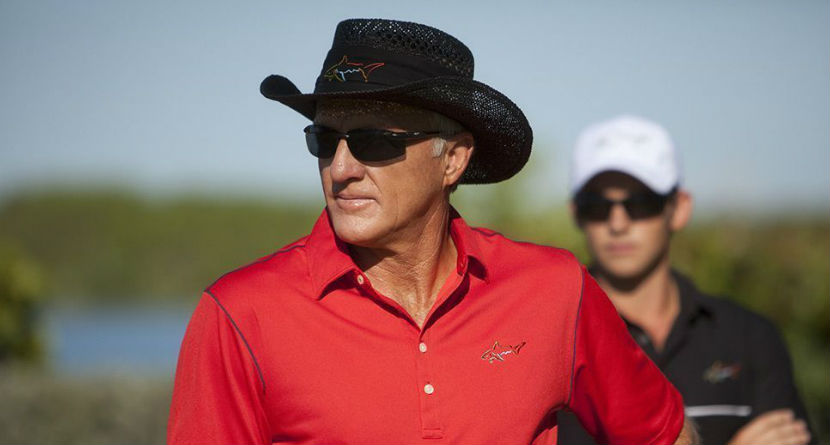 The biggest question surrounding the LIV Golf Invitational Series — who is going to play in it? — is ready to get its answer.

According to multiple reports, the top-250 players in the Official World Golf Rankings received invitations to register for the event on Thursday.

Invitations to register for the first LIV Golf Invitational Series event have been sent to the top 250 in the OWGR plus various managers.

Players can register for just the London event and the field will be determined by various criteria after a May registration deadline.

The emailed invitation was shared on social media and encouraged players to register at a link “for the opportunity to be considered.”

Invitations “to register” have been sent to Tour players for LIV Golf’s first event in June at the Centurion Club (London). According to the invite “formal” invitations will be sent in May. pic.twitter.com/3XFeVWv4DF

The 54-hole event will feature 48 players on 12 four-man teams and a $20 million individual purse.  A draft will be held on June 7 and 12 team captains will fill out their rosters.

PGA Tour players would require releases to compete, and all players were told they would need to commit to playing in future events to be considered. Tour pros already sounded off on the plan last week following the announcement, indicating that if things go smoothly the Tour could be right back in the middle of a power struggle.

“There’s going to be the wrong guy winning $4 million and some of these guys out here will go what the f— is happening?” Pat Perez told The Morning Read. “Who was that guy? And what if he wins again? Now he’s made $8 million in two events and most of the top guys out here aren’t even halfway there. They have to beat everybody and those guys over there don’t have to beat anybody, right? It’s going to be interesting.”

“My reservation a few months ago was if they got started with a field of guys who weren’t really going to make a proper tour, but if they actually pulled off two or three events that went smoothly and a guy actually was cashing a $4 million check at the end of the week, I could see there being defectors for sure,” Matt Kuchar said.

“Now I think the fear is if they do get started and if it does go smoothly, I think they’ll probably get some defectors.”