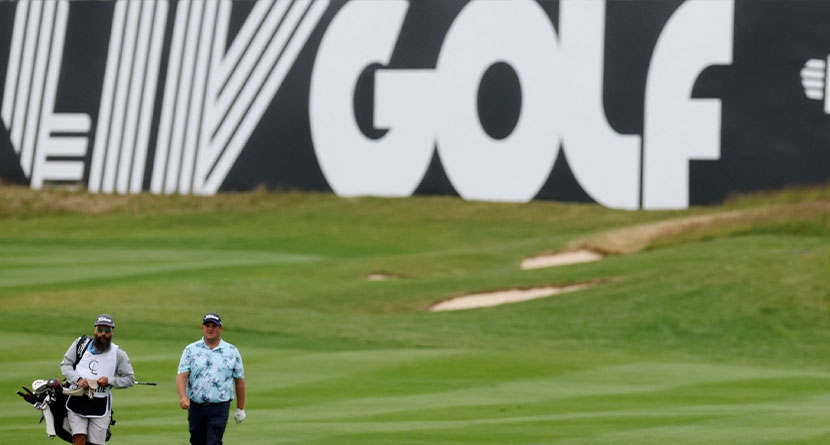 LIV Golf continues to make headlines, but this one comes as somewhat of a surprise.

The circuit announced they will move to a relegation format, similar to the Premier League, and in October of 2023, will send the four golfers at the bottom of their point standings to their “Promotions Event,” which is their version of the PGA Tour’s Qualifying School after the season, according to a report from The Morning Read.

During the 2023 season, LIV Golf will initiate a points system for their events that will beget a rankings list based upon points awarded to the top-24 finishers in each event.

At the end of the season, four players at the bottom of the rankings will be relegated and the top 24 finishers will retain their status.

Team captains may also be exempt from relegation depending on their contracts and agreements.

Just when you thought @LIVGolfInv didn’t have it all figured out they come up with a comprehensive program to make their tour better with relegation and qualifying tourney. https://t.co/a3JhGRViFh

The goal of this is to keep the field for LIV Golf fresh and evolving and also show a clear path to joining the field for players that might want to.

The “Promotions” event will be played over three or four days with a potential 36-hole finale and will provide players in the amateur and professional ranks the opportunity to try to qualify for the 14-event LIV Golf League for 2024.

Players who are exempt into the LIV Golf “Promotions” field include Numbers 2-32 on the money list from the International Series, which is part of the Asian Tour, major winners from the last 5 years, reigning amateur champions (U.S. Amateur, British Amateur, Latin-American Amateur, Asia-Pacific Amateur, NCAA champion), top 75 in the Official World Golf Ranking, PGA Tour and DP World Tour winners from the previous year, any relegated player from LIV Golf in the last two years and members of the last Ryder Cup or Presidents Cup teams.

The top-16 from Round 2 will play in the last two rounds with the top three finishers qualifying for the 2024 LIV season.

One of the faces of LIV Golf, Bryson DeChambeau, was open to the idea.

“It was interesting when I heard about it,” DeChambeau said at the British Open when asked about the qualifying format. “I said ‘OK, this made a lot of sense,’ and that again confirmed my position in being part of LIV Golf.”

However, the contracts golfers signed are varied and many of the big-name golfers that have signed with LIV over the last few months are likely to be exempt for years to come.