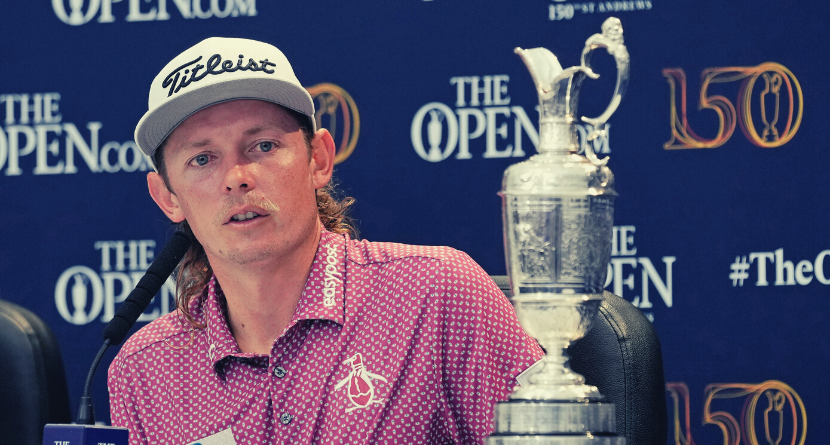 The 150th Open Championship was more than a celebration; it was an oasis. For one week, the LIV Golf noise was drowned out by an overflow of good vibes in the game’s hometown. But a few minutes into the Champion Golfer of the Year’s postround press conference came the record-scratch moment.

A reporter asked Cameron Smith to address rumors of an impending defection for the controversial startup circuit, and his response was, well, nowhere near as firm as the greens he’d just obliterated.

“I just won the British Open, and you’re asking about that?” Smith said. “I think that’s pretty, not that good.”

Pressed further, Smith made it sound as if he doesn’t have any autonomy over his schedule.

“I don’t know, mate,” he said. “My team around me worries about all that stuff. I’m here to win golf tournaments.”

If you’re troubled by this exchange, buckle up, mate. The LIV Golf rumor mill is churning once again and there are no more major championships left to stifle it.

In the coming weeks, more major champions are expected to be inked to massive, multi-year deals. The European Ryder Cup is likely in need of a new captain. And, indeed, Smith — whose slaying of Rory  McIlroy at the Old Course with a Sunday 64 was one of the nerviest major championship performances in recent memory — could soon be swilling Fosters out of the Claret Jug with his fellow Aussie Greg Norman.

For all his faults as a frontman, the Shark is succeeding in his quest to shake up the professional golf ranks. Here’s a roundup of all the latest rumors swirling in the aftermath of the Open:

“It would be a monumental blow to the DP World Tour”

Henrik Stenson is expected to join the Saudi-backed LIV Golf Invitational Series and be stripped of his Ryder Cup captaincy as early as this week. Who will replace him? 🤔 pic.twitter.com/XYz0r7ZXYF

I’ve spoken to Tommy Fleetwood himself today and this is 100% categorically not true https://t.co/E1YrTCprWe