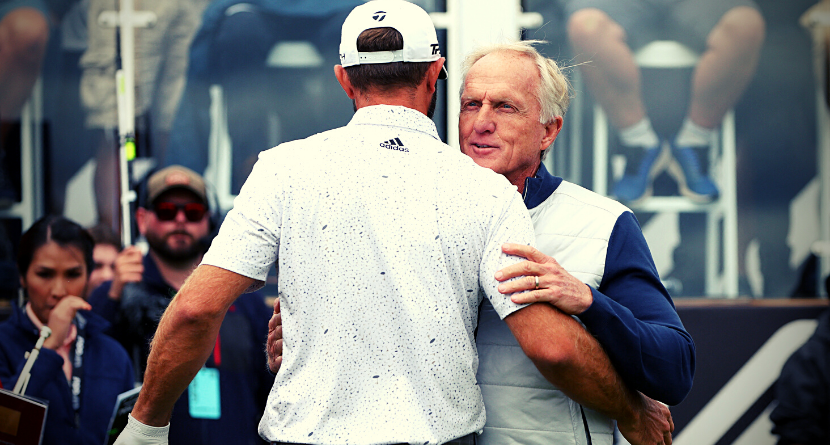 His pop culture references might be a bit dated, but Greg Norman is scoring points with young golf fans.

According to new data from the Harris Poll published by Sports Illustrated, Norman’s fledgling LIV Golf Series could find traction with a younger audience.

Younger Americans — defined in the report as 45 or younger — are more “familiar with LIV” than the overall population (40% to 35%). And of those familiar with the Saudi-funded circuit, a larger swath of those polled from the key 18-34 demographic said they planned to watch a LIV event (71%) than other adults (55%).

Moreover, these younger fans check a key box when it comes to LIV Golf’s staying power: they aren’t overly concerned with the root of the contrversy surrounding the Saudi-funded circuit. Among those aware of who’s footing the bill, 52% from the 45 and younger set were OK with that; comparatively, people 55 and older were far more likely to disapprove.

The Shark tweeted a link to SI’s report, along with a reference to the 1997 Academy Award winner for best original screenplay, Good Will Hunting, aimed at his PGA Tour enemies.

Coincidentally, 1997 is also the year Tiger Woods’ popularity skyrocketed, and that, more or less, is what this is about.

It’s really rather logical: younger viewers, whose attention spans are exponentially more divided than those of previous generations, just don’t have the time for non-majors. Prestige and history matter little.

Younger fans want to see big names battle for big bucks and big trophies, which was always Norman’s gambit. And it could actually, miraculously lend credence to the preposterous “grow the game” rhetoric LIV’s cast of characters have been pushing.