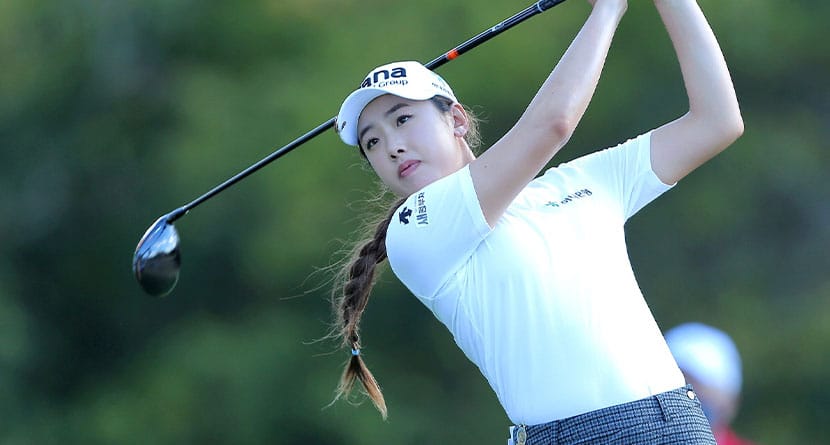 While professional Tours around the world often talk about clamping down on slow play without much follow-through, the LPGA Tour has proven that they will take action in an attempt to speed the game up.

The latest, and most substantial example, came this past week at the Kia Classic. Rookie Yealimi Noh was fined $10,000 for receiving two bad times during the back nine of her third round.

Finishing in a tie for 61st, which paid $4,247, Noh ended up losing quite a bit of money on the week due to the fine.

Noh said a rules official joined her group midway through the front nine and stayed for about nine holes. Over the course of the round, Noh was assessed bad times on Nos. 10 and 12.

“I can’t appeal because it’s obviously my fault,” Noh told Golfweek.com’s Beth Ann Nichols during a practice round for this week’s ANA Inspiration.

Noh had received a fine previously at the 2020 Gainbridge LPGA at Boca Rio, her first event as an LPGA Tour member, but chalked it up to a learning experience.

“A couple rookies got fines,” said Noh. “Like OK, it’s a heads-up for us rookies to catch up or whatever.”

Ranked 47th in the world, Noh was working with a new caddie last week at the Kia Classic, which contributed to her slower pace. She also said a poor ball-striking round on Friday led her to take more time on Saturday, which resulted in the bad times.

Under the LPGA Tour’s guidelines, because Noh had received a slow-play fine previously, the price of the fine doubled with her second infraction. Should she play through 2022 without any further fines, her standing with regards to fines will revert to its original level.

“As much as I think about it’s a good learning experience, obviously now I’m never going to do that again hopefully, which is good,” she said. “It’s hard to get over; that’s a lot of money.”