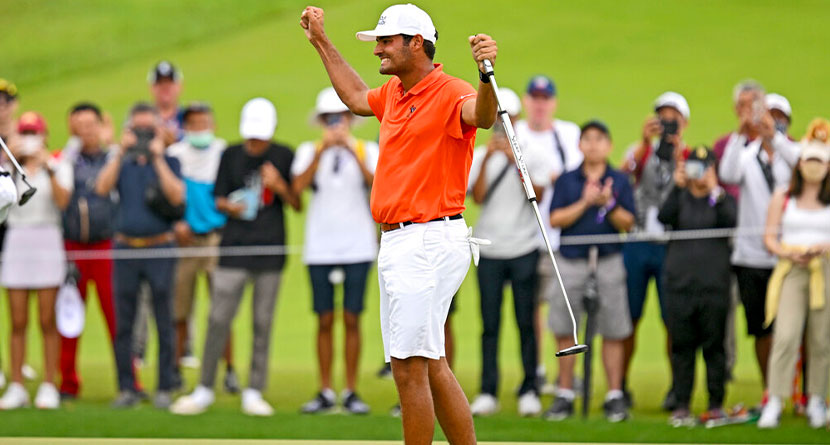 Lopez-Chacarra had a three-round, 19-under total of 197 after the storm-delayed finish on the newly opened Stonehill Golf Club course north of Bangkok.

Reed shot a closing 67 while Paul Casey (65), Richard Bland (68) and Sihwan Kim (68) were tied for third, four shots behind Lopez-Chacarra.

Ex-Oklahoma State player Lopez-Chacarra, who turned professional to play on the LIV series, led after the second round and was among three who led after the first.

The two-time first-team All-American was No. 2 in the World Amateur Golf Ranking before he signed a three-year contract with the Saudi-backed LIV tour.

Lopez-Chacarra opened with a birdie but had back-to-back bogeys on his fourth and fifth holes to pull the field back to him. But those were his only bogeys of the tournament.

“Obviously I think I played great golf. I hit the ball great all week. I had two bogeys in 54 holes and my goal was to have zero,” he said. “But the course is in great condition so you can go low, but also I think I played really good. More birdies than bogeys. That will make it.”

The tour heads to Saudi Arabia for next week’s LIV Golf Invitational-Jeddah.