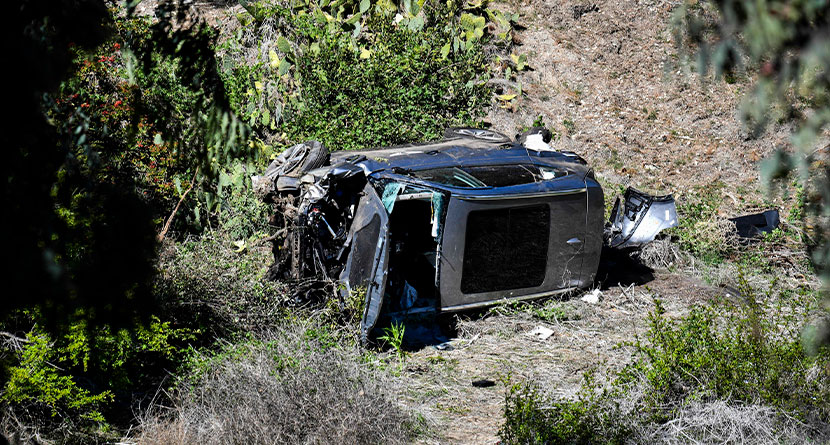 As part of the Los Angeles County Sheriff’s Department’s investigation into the crash that resulted in Tiger Woods being rushed into emergency surgery, the department executed a search warrant to obtain data from the “black box” in the car that was crashed, according to a USA Today report.

Sheriff’s Deputy John Schloegl confirmed to USA Today on Tuesday that the black-box data has been downloaded but he did not reveal its contents. The data from it typically can show the vehicle’s speed, steering angle, brake and acceleration activity before impact, the report said.

The department downplayed the execution of the warrant as a routine part of their investigation. While Schloegl said he didn’t consider this to be a criminal investigation, the department needed to do its due diligence to ensure that was the case.

Schloegl also said that the sheriff’s department decided not to seek a warrant to obtain Woods’ blood to help determine whether he was under the influence of medication at the time of the crash, saying they didn’t have probable cause to obtain that information.

Schloegl said Woods and his team have been cooperative throughout the investigation and that previous behavior does not satisfy the requirements of obtaining a warrant for Woods’ blood to be drawn.

“We can’t just assume that somebody’s history makes them guilty,” Schloegl said. He also reiterated that first responders found Woods to be alert and with no evidence of impairment.

According to Jonathan Cherney, a former police detective who is now an accident reconstruction expert, there is a higher standard for law enforcement to get blood evidence in a case like this at this point in the investigation.

“If Tiger was under the influence of drugs when he crashed, it’s only a misdemeanor if he doesn’t hurt anyone else except himself,” Cherney told USA Today. “That ties their hands as far as getting his blood at this point.  However, if someone at the scene or hospital had examined Tiger for objective symptoms of drug influence, and found some, they could have justified taking his blood under the (driving under the influence of drugs) laws.”