Lowry Gets Creative After Accidental Break Of His Putter 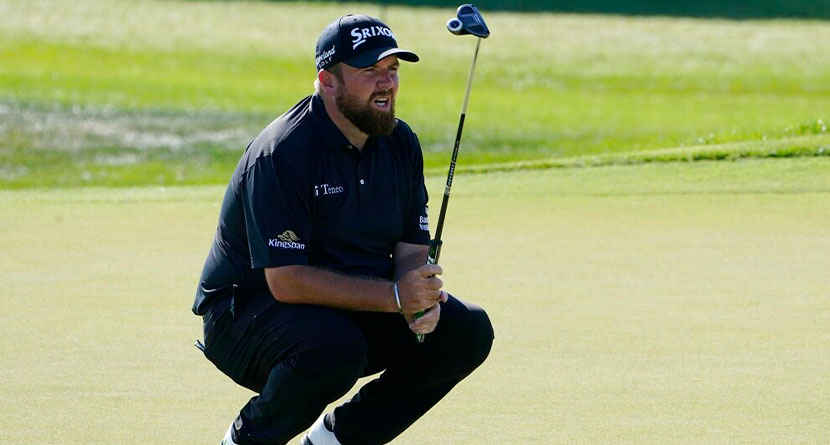 RIDGELAND, S.C. (AP) — Shane Lowry lost his grip taking the putter from his bag. And then he lost his putter when he tried to flick it with his foot and watched it snap in half.

That led him on an adventure into the club storage room for Congaree members, an hour drive to a golf store and, amazingly, rounds of 68-67 that put him very much in contention at the CJ Cup in South Carolina.

“Thankfully, I did OK with the other putter and I did OK today,” he said Friday.

He has used three putters in two rounds.

It all started on the front nine Thursday when he hit wedge to the green, and grabbed his putter as it was falling to the ground. He instinctively put out his leg to flick it up and grab it with his hands.

“I caught it right where the graphite meets the steel on those shafts, and it just snapped in half,” he said. “I had to pick Matt Fitzpatrick off the ground from laughing. Yeah, it was interesting.”

The club was not damaged out of anger, so it could be replaced. That wasn’t a quick fix, so Lowry had to putt with the edge of his sand wedge. He two-putted from long range twice for par, making the second putts from the 6-foot range.

Accidentally broke my putter on the 9th hole today…Hour drive to get a replacement. Thanks to the staff at the PGA Tour Superstore in Bluffton for their help. ☘️ pic.twitter.com/9hpfhDtg1J

By then, his manager had gone to the members’ storage room and grabbed a Scotty Cameron putter. Lowry uses an Odyssey. The greens are extremely fast at Congaree and his first putt with the member’s club was scary.

“I was like, ‘I have no idea what’s going to happen here.’ It was a strange hour or so,” Lowry said.When the round ended — no bogeys on his card — he called Odyssey, and they had a putter sent to a PGA Tour Superstore in Bluffton, about an hour away.

Leaving nothing to chance, Lowry bought another one for $229, and posted the news about his “accident” on Twitter.

“Just to have an extra one there, just in case we didn’t get on too well,” he said.

The spare stayed in his locker. The new one sent by Odyssey behaved well enough for him to post a 67.

He was sad to lose the original putter. Lowry used that when he won the BMW PGA Championship at Wentworth, and he was getting along with it quite well.

The only mystery was whose putter he used toward the end of the first round. Lowry never found out the name of the member.