LPGA Adds Event At Liberty National In New Jersey In 2023 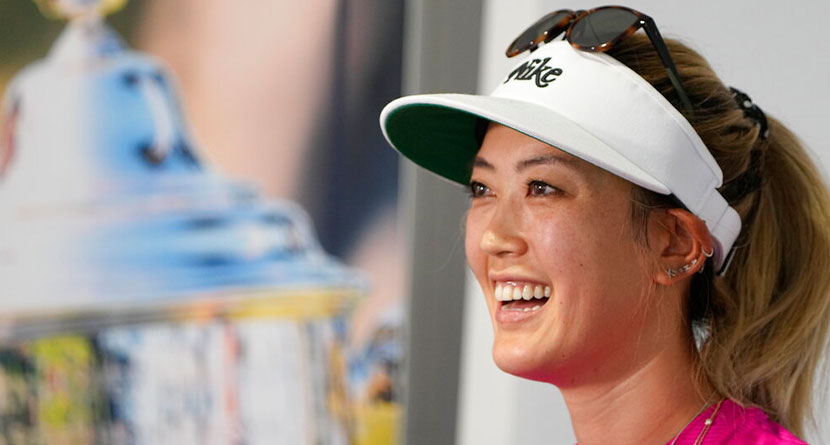 JERSEY CITY, N.J. (AP) — The LPGA and financial giant Mizuho Americas have announced a new tournament will be played in New Jersey next year at Liberty National Golf Club in Jersey City.

The 72-hole tournament will be called the Mizuho Americas Open and take place May 29- June 4. The event will have a purse of $2.75 million.

Michelle Wie West will serve as the tournament host at an event that will include 24 juniors competing in their own tournament at the same time.

The Mizuho Americas Open will be the first time Liberty National welcomes the LPGA Tour, after hosting several world-class events, including the Presidents Cup and multiple PGA Tour playoff stops.

World-Class Talent. Groundbreaking Format. Celebrity Host. All at an iconic location! Get ready for the next great @LPGA tradition – the Mizuho Americas Open with @MichelleWieWest – taking place May 29-June 4, 2023 at @LibNatGolf. Learn more: https://t.co/d5H9XGmVRD pic.twitter.com/CcjLJi7JgA

The addition of the tournament means New Jersey will be the site of four events associated with the LPGA. The others are Cognizant Founders Cup at Upper Montclair Country Club in Clifton from May 10-14 and the ShopRite LPGA Classic in Galloway Township from June 10-12. The KPMG Women’s PGA Championship will be played this year at Baltusrol Golf Club in Springfield from June 21-25.

Wie West, who has stopped playing a full schedule, gives the LPGA two players who host tournaments next year. Annika Sorenstam will be host of an event in Florida.

“When I announced that I was stepping away from competitive golf earlier this season, my goal was to continue to live by the LPGA mantra to ‘Act Like a Founder,’ and to leave the game in a better place than I found it,” Wie West said. “I am so proud to host this groundbreaking event and partner with a company that sees the value in supporting women’s golf.”

The Mizuho Americas Open will have a 120-player field. The American Junior Golf Association will have an AJGA Invitational for 24 players. It’s the first time the AJGA and the LPGA will play an event concurrently.

The multi-year agreement with the LPGA, New York-headquartered Mizuho Americas and Liberty National is the global bank’s first entry into sports sponsorship in the United States.

“The Mizuho Americas Open is a purpose-driven partnership that aligns our shared values of opportunity, equity, and advancing the next generation of talent,” said Shuji Matsuura, Chairman & CEO, Mizuho Americas.