LPGA Commissioner Has ‘Responsibility’ To Talk With LIV Golf 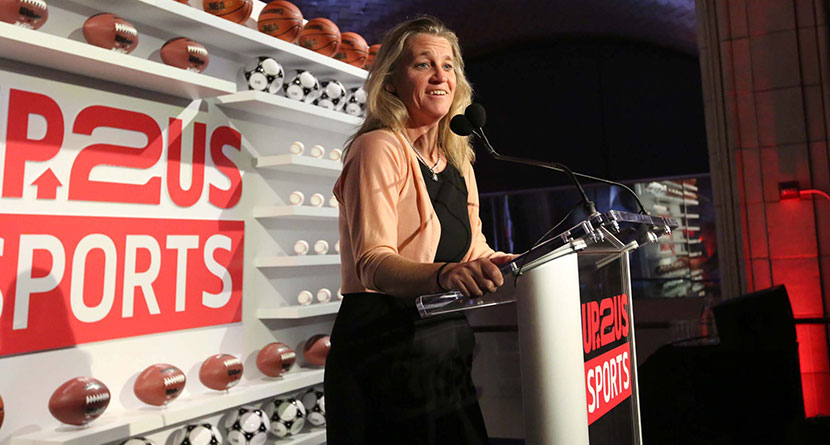 Greg Norman and LIV Golf are interested in pumping money into women’s professional golf and the LPGA Tour commissioner is willing to listen.

“It’s my responsibility to evaluate every opportunity. I would engage in a conversation if it would achieve our aim of promoting women’s golf but there needs to be input from players and sponsors,” LPGA Tour commissioner Mollie Marcoux Samaan told the London Times recently. “There’s a lot of factors to consider before we do business with LIV Golf.”

Despite recent purse increases on the women’s side, the money available has lagged behind the men’s game in the U.S. and abroad with fewer sponsorship opportunities available as well.

Stars like Nelly Korda or Brooke Henderson can earn seven-figure sums annually through their performance and marketing, however, the LPGA Tour’s middle class struggle to meet the costs associated with traveling and competing.

Greg Norman has left little doubt that the LIV Golf Series wants to be involved in the women’s game. (Thread 🧵) 1/4https://t.co/jrjmuqmx08

Norman told the Palm Beach Post recently that he and LIV officials are interested in growing the game of golf for men and women and have met with an “iconic” LPGA star to discuss a possible partnership.

The LIV Golf Series, funded by the Saudi Arabian Sovereign Wealth Fund, holds its third of eight men’s events scheduled for 2022 this week in New Jersey and has plans to expand the schedule in 2023.

Anna Nordqvist, Carlota Ciganda, Alison Lee are among the top LPGA players to sport Aramco Series and Golf Saudi logos on their apparel and headwear.

Marcoux Samaan, who was hired as LPGA commissioner in May 2021, has overseen a period when purses have increased at record rates. The U.S. Women’s Open offered a record $10 million in June, including $1.8 million to champion Minjee Lee. Another major, the KPMG Women’s Championship, doubled its purse to $9 million this year.

The increase in those two LPGA tournaments helped the LPGA Tour’s purses increase from $70 million in 2021 to $97 million this year.

By comparison, the PGA Tour purses increased $100 million since last year to $1.5 billion in 2022. The LIV Golf series will pay more than $200 million in prize money this year and has invested hundreds of millions more in signing bonuses to attract top stars like Phil Mickelson, Dustin Johnson and Brooks Koepka.

Still, many of the non-major LPGA Tour events have a $1.5 million purse. Players making the cut but finishing near the bottom on the weekend earn roughly $3,000 – in some weeks not enough to cover their travel and caddie expenses.

LIV Golf money would be difficult for any LPGA Tour player to turn down.

“Put it this way, I think you would see almost the entire tour do it here,” major champion Cristie Kerr said during the KPMG Women’s Championship last month “What we play for here compared to the men’s Tour, the scale is different.