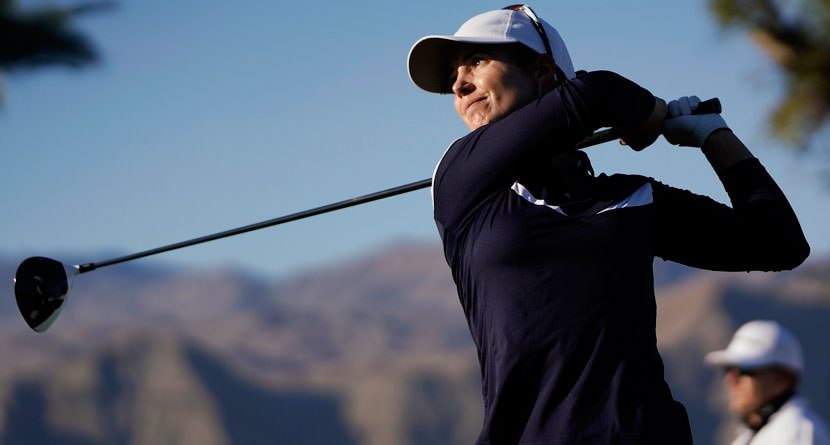 You can file this one under something we don’t see every week on the top Tours in the world.

LPGA Tour pro Beatriz Recari has a golfing résumé most would be proud of: she’s won three times on the LPGA Tour and once on the Ladies European Tour, she’s been ranked as high as 19th in the world and she’s represented her native Spain on the victorious 2013 European Solheim Cup team.

However, all of that matters not at all to the golf ball sitting on the ground — or tee — waiting to be hit. On the 18th tee of the Thornberry Creek LPGA Classic during the second round, Recari needed to make eagle to play the weekend, but that pipedream was dashed when her back foot slipped out from under her during her swing, causing her to swing and miss at the teed up golf ball.

Recari would card a double-bogey 6 on the hole and miss the cut by four shots.