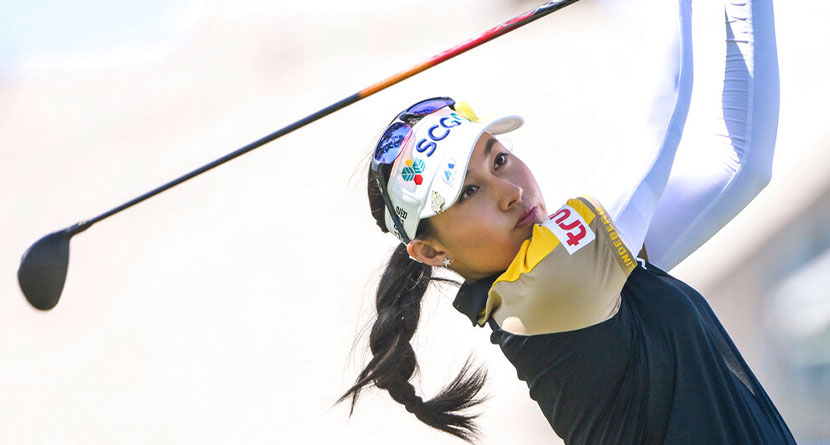 BELLEAIR, Fla. (AP) — The Pelican Women’s Championship will be 54 holes because of heavy rain from Tropical Storm Nicole and will not start until Friday at the earliest, the LPGA Tour says.

The one development from washing out the opening round: Hye-Jin Choi decided to withdraw, meaning Atthaya Thitikul has clinched the points-based award for LPGA rookie of the year.

The Pelican Women’s Championship is the penultimate event on the schedule. The leading 60 players advance next week to the CME Group Tour Championship in Naples, which offers a $7 million purse.

Choi would have had to win the Pelican Women’s Championship to have any chance at rookie of the year. Thitikul has won twice this year, and the 19-year-old Thai athlete has reached No. 1 in the women’s world ranking.

Thitikul is the second player to be LPGA rookie of the year and reach No. 1 in the world in the same year. Sung Hyun Park did that in 2017.