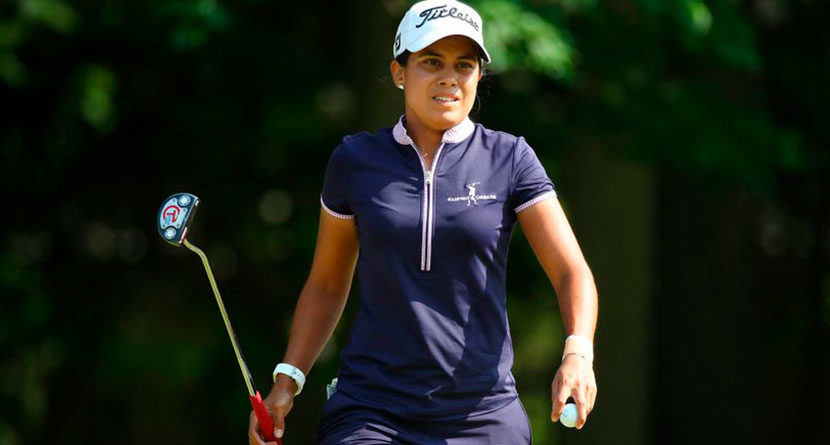 We’ve all had those dreams that are so vivid and detailed that we need to take an extra minute upon waking to make sure we were, in fact, asleep.

That’s what happened to LPGA Tour player Julieta Granada two weeks ago when she dreamed that someone had stolen her SUV and driven away with her most valuable asset inside: her golf clubs.

Thankfully for Granada, she was able to shake off the cobwebs and confirm that her car was safely parked outside, but on Sunday night, that nightmare proved to be prescient.

Staying with her boyfriend in the Lake Nona community of Orlando, Granada left the keys to her 2010 Range Rover in her boyfriend’s locked car overnight. When she went to get them out the next morning, the keys were gone and so was her car, which was parked a short distance away.

Inside the missing car were Granada’s clubs.

Crazy story. Be on the lookout for Julieta’s SUV! https://t.co/kHDlUNtDoQ

“It was like the dream,” she told Golfweek.com’s Beth Ann Nichols.

Granada heeded the advice of her mother who told her to remove her $20,000 Trackman from her car, but the rest was last seen heading toward South Beach in Miami late Monday.

She posted a picture of her car on social media asking her followers and fans to reach out to police if they see her car near South Florida.

Julieta Granada dreamed her SUV (golf clubs inside) was stolen. Then it happened https://t.co/FkbyEKcVqk

A happy coincidence of the coronavirus pandemic is that most of the pawn shops in the area are closed, giving Granada hope that police can find her car with the clubs still in tow.

Granada is back on the LPGA Tour — set to resume in July — after finishing seventh on last year’s Symetra Tour money list.