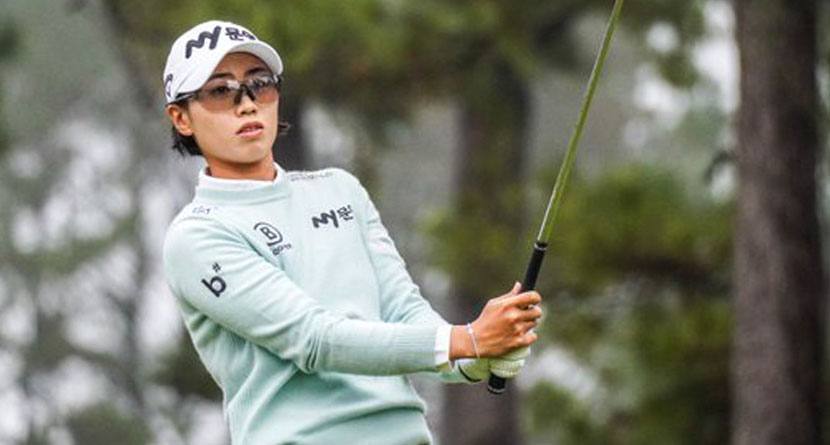 While Lexi Thompson was teeing it up alongside Bubba Watson this week at the QBE Shootout and Jessica Korda was getting married with a number of high-profile golfers in attendance, the rank-and-file of the LPGA Tour was being filled out at the final stage of the LPGA Tour Qualifying Series at Highland Oaks.

Featuring 74 women who made the 72-hole cut, 46 LPGA Tour cards were punched with the remaining 28 players earning Symetra Tour status this past weekend in Dothan, Alabama.

Congratulations to the #QSeries Class of 2021 🥂

South Korea’s Na Rin An earned medalist honors with an 8-round total of 33-under par. Over the past four rounds, she shot rounds of 64-69-70-66 to edge France’s Pauline Roussin-Bouchard by a shot.

“I’m excited to be able to travel to different countries and I’m also looking forward to playing with players that I’ve only been able to see on TV,” An said after getting her card.

The scores that shot Na Rin An to the top of the leaderboard at #QSeries 👏 pic.twitter.com/TU9AZXefpQ

The 2022 LPGA Tour season kicks off in just over a month at the Hilton Grand Vacations Tournament of Champions in Orlando on Jan. 20, 2022 with the Gainbridge LPGA at Boca Rio taking place the following week.