Lucas Glover Fires 67 In First Round Since Wife’s Arrest 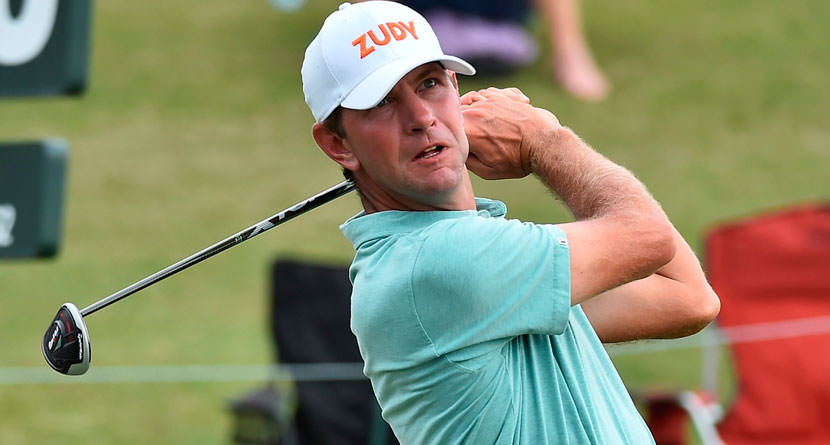 Lucas Glover made his return to competitive golf on Thursday at the Memorial Tournament and found his comfort zone inside the ropes firing a first-round 5-under par 67. Two strokes back of the first-round co-lead, Glover insisted that it was just another round although the noise that has surrounded the 2012 U.S. Open Champ in the last month would indicate it was anything but.

Lucas Glover is -6 thru 16 holes. This is his first tournament back since the domestic disturbance occurred at the Players Championship.

“I’m going to stay away from that stuff,” Glover said when the topic of his alleged battery and his wife’s arrest was broached. “I made some statements the last couple weeks. I’m just going to have to refer to that stuff and I would prefer to talk about today if that’s okay.


“It’s another round, really. I mean, it’s nothing different. I’ve played here a bunch, I’ve played a lot of golf, and just wanted to play well and have a good attitude. That was the mindset today.”

Glover made six birdies and one bogey in his opening round. He is playing in his first event since last month’s Players Championship where he missed the 54-hole secondary cut.

After returning home, Glover’s wife, Krista, was allegedly upset with Glover’s level of play, leading to an argument and alleged battery that was detailed in an expansive police report. Krista allegedly called Lucas names and threatened that “he better win or her and the kids would leave him and he would never see their kids again.” Krista then proceeded to get into a physical altercation with Lucas and his mother, Hershey Glover, leading to her arrest.

“On May 12, my wife and mother were involved in an argument to which the police were called,” Glover wrote on social media. “Everyone is fine. Regrettably, although Krista was charged, we are comfortable that the judicial system is able to address what actually happened and Krista will be cleared in this private matter.”

Glover issued another statement on Monday of this week, which read, “My family and I are very appreciative of the support that we’ve received. We again ask for the continued respect for our privacy as we work through this process.”

As long as Glover continues to play well, the topic will continue to be brought up. However, answering questions about his good play is better than the alternative.