Pro DQ’d From Q-School For Not Signing Scorecard 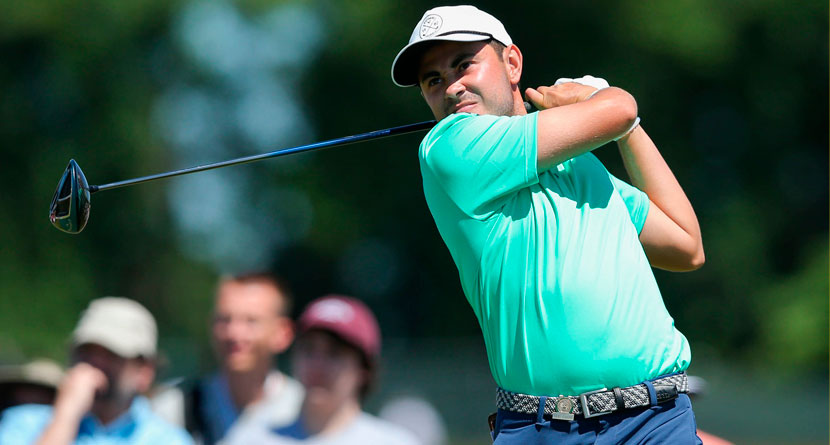 While most of the big names in the world of professional golf are jet setting around the world to collect guaranteed checks and world ranking points, the next wave of Tour stars are grinding it out at Korn Ferry Tour Qualifying School at five second stage locations.

While Q-School routinely delivers some of the highest drama of the year as jobs are on the line with every swing of the club, one of the best young players in the field was disqualified after his first round for failing to perform a routine requirement of tournament golf.

Luis Gagne, a recent graduate of LSU and ranked 24th in the World Amateur Golf Rankings before turning pro, was DQ’d after he failed to sign for his 1-under par 70 at the first round of the Plantation, Florida site.

The rules of golf can be harsh at times…Luis Gagne who is at 2nd in Plantation forgot to sign his scorecard before leaving the scoring area, the penalty for doing so…Disqualification. He had shot a -1 70 before being DQ’d. Gagne was ranked 24th in WAGR before turning pro

The 1-under par round would have put Gagne in a tie for 41st place, just two strokes outside the top-20, which earn spots to the Final Stage.

Gagne’s career at LSU was well decorated. A three-time All-American, Gagne recorded the second-lowest scoring average in school history and had an amateur career highlighted by finishing as the low amateur alongside Matt Parziale in the 2018 U.S. Open, won by Brooks Koepka. The Korn Ferry Tour Qualifying School’s second stage is perhaps the most important qualification in the entire series as those who make it to the Final Stage at Orange County National in mid-December are guaranteed some kind of status next year on the KFT.