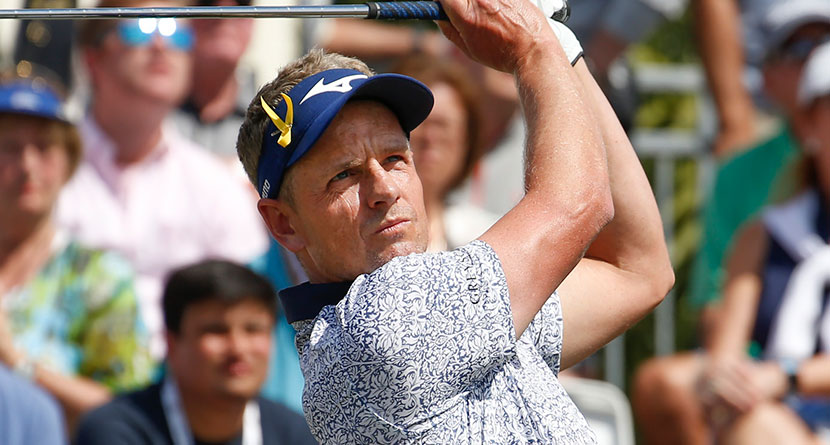 At 42 years old, Luke Donald has had a pretty memorable career.

As a former world No. 1 and a 17-time winner around the world, Donald’s resume speaks for itself, but on Saturday at the Honda Classic, Donald was served a nice slice of humble pie before he got his round started.

Rounds of 70 and 66 had Donald squarely in the mix at PGA National and playing in the second-to-last twosome on Saturday afternoon, but his first-tee introduction was nothing short of a disaster.


“Good afternoon, and welcome to the 2016 — 2020 Honda Classic,” the first tee announcer began, foreshadowing the mistakes yet to come.

Introducing Donald first, the announcer had three bullet points to hit: Donald’s hometown, the year he won the Honda Classic and, of course, his name. He went 0-3.

Other than pronouncing my hometown wrong, getting the year I won The Honda incorrect & getting my name wrong, the announcer nailed it!!! ??? . 2 back heading into Sunday & in a great position. Thanks for all the support out there, loving it #Honda #HighWhycombe #2006champ #CallmeRonald #0for3 ??

Donald gave a bemused reaction to the whole thing before hitting his tee shot, and after the round, he posted the video to Instagram.

“Other than pronouncing my hometown wrong, getting the year I won The Honda incorrect and getting my name wrong, the announcer nailed it!!!” Donald captioned the video.

Donald’s fellow Tour pros had some fun with it in the comment section with the likes of Lee Westwood, Keegan Bradley and Ian Poulter all leaving feedback.

As for the actual golf, Donald shot weekend rounds of 71 and 72 to fall back into a tie for 11th place, which is Donald’s best finish on Tour in nearly a year.