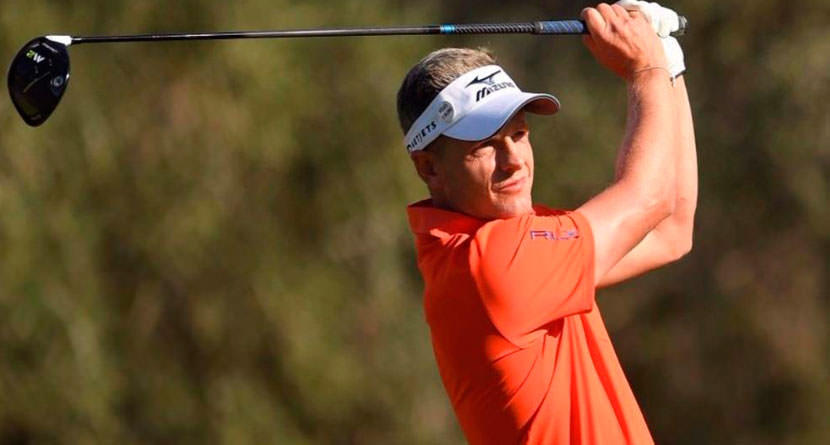 For all of the fame and fortune it can bring, professional golf can take its toll. Former World No. 1 Luke Donald found that out in a scary manner on Thursday before his opening round of the RSM Classic at Sea Island.

Slated for an 11:10 a.m. tee time, Donald pulled out of the event as a result of persistent chest pains. The pains were so bad that the 39-year-old had to be taken to a local hospitalized for a series of tests.

Englishman Luke Donald withdrew from the RSM Classic on Thursday after experiencing chest pains that sent him to a local hospital for a precautionary battery of tests.

On his Instagram account, Donald wrote that he experienced chest pains Wednesday night and it worsened on Thursday morning, so instead of heading to golf course, he was admitted to Southeast Georgia Health System Brunswick Campus, where he underwent seven hours of tests on his heart.

Well that wasn’t quite the finish to my year I had in mind!! Had some chest pain last night and into this morning & it kept getting worse. After some medical advice, I had to withdraw & was shipped off to the hospital to get my heart looked at. After 7 hours of tests all looks good with my heart thankfully ???????? A big thank you to the staff at the South East Georgia Brunswick hospital for taking good care of me. Time to put my feet up for a few weeks, recharge, regroup and get ready for a big 2018.

“All looks good with my heart, thankfully,” Donald said, sending out a picture of him in his hospital bed.

Donald, 39, was scheduled to make his second start of the PGA Tour’s fall season after competing in three events in Europe this fall. The former World No. 1 was replaced in the field at Sea Island by Mark Wilson.