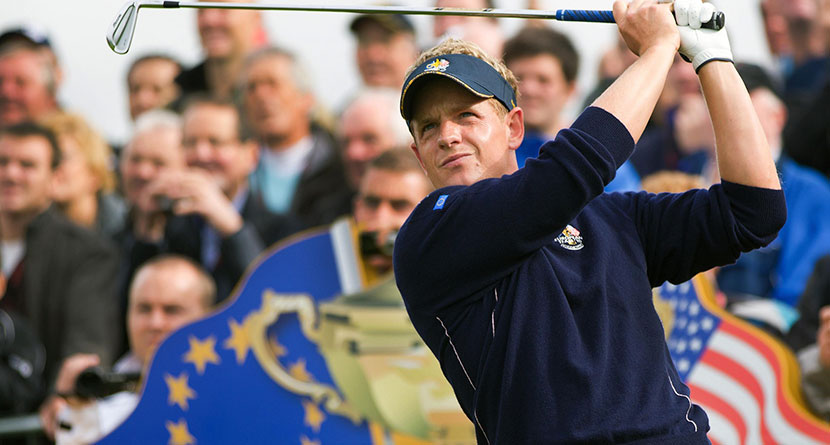 It’s back to the drawing board for the European Ryder Cup team following its 19-9 trouncing at the hands of the Americans at Whistling Straits, but a front-runner has emerged to lead the Euros next year in Italy: Luke Donald.

With original consideration bouncing between Lee Westwood, Henrik Stenson and Robert Karlsson, Donald, the 44-year-old former World No. 1, has landed some heady endorsements, chief among them coming from Padraig Harrington.

Donald said he was “very humbled” to have received Harrington’s rec, one of the five men on the European selection committee alongside Thomas Bjorn, Darren Clarke, DP World Tour chief executive Keith Pelley and David Howell, chairman of the European tour players committee.

It appears to be down to a two-horse race as Westwood removed himself from consideration to focus on his playing career while Stenson’s rumored connection to a breakaway circuit has cast doubt on his potential captaincy.

There is no timetable for the captaincy appointment, although with a shorter turnaround between events due to the pandemic, an announcement would seem imminent.