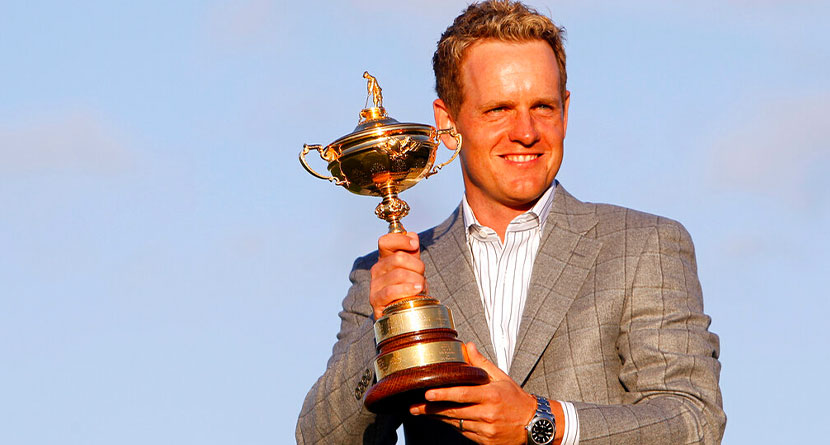 Luke Donald has been selected Ryder Cup captain for Europe, taking over for Henrik Stenson after the Swede was stripped of the job for signing on with the Saudi-funded LIV Golf series.

Donald has played in four Ryder Cups, all of them European wins, and compiled a 10-4-1 record. His last appearance as a player was in 2012 at Medinah, when he took down Bubba Watson in the lead singles match as Europe rallied to win.

Donald was a vice captain at the last two Ryder Cups and was a finalist as captain this year until Europe’s committee settled on Stenson.

Stenson, however, went back on his pledge in March to give Europe full support as captain for the 2023 matches in Italy. He signed last week with LIV Golf for what The Daily Telegraph reported to be around $50 million. And then Stenson won in his LIV Golf debut at Trump National Bedminster, earning $4 million and an additional $375,000 for being on the team that finished second.

The 44-year-old Donald spent 56 weeks at No. 1 in the world in 2011 and 2012 while vying for the top spot in the ranking with Rory McIlroy. He also was the first player to capture the money title on the PGA Tour and European tour in the same year.

So excited and truly honoured to be named European Ryder Cup Captain, I’m really looking forward to the next 14 months & getting my team ready for Rome. pic.twitter.com/KnqaLxpfL1

And now he gets a job that he feared had passed him by when Europe first picked Stenson.

“It is truly one of the greatest honors that can be bestowed upon a golfer, to lead a team of your peers and be an ambassador for an entire continent,” Donald said in a statement. “I feel extremely privileged to have been given that responsibility and it is a responsibility I do not take lightly.”

Donald takes over as Europe, the dominant team in the Ryder Cup for the last 25 years, is at a crossroads. A young and powerful U.S. team scored the biggest rout ever over Europe last September at Whistling Straits, winning 19-9.

LIV Golf has disrupted both tours, which have suspended players for signing on with the rival league. Among the Ryder Cup players for Europe who joined the Saudi-funded league are Lee Westwood, Ian Poulter, Sergio Garcia and Paul Casey. Then again, all are in their 40s and qualifying for Europe has not yet begun.

Zach Johnson is the U.S. captain for the matches next fall at Marco Simone in Italy. The U.S. team from Whistling Straits has lost Dustin Johnson, Brooks Koepka and Bryson DeChambeau. They all have gone at least 16 months since their last win.

Donald said Thomas Bjorn and Edoardo Molinari will stay on as vice captains.