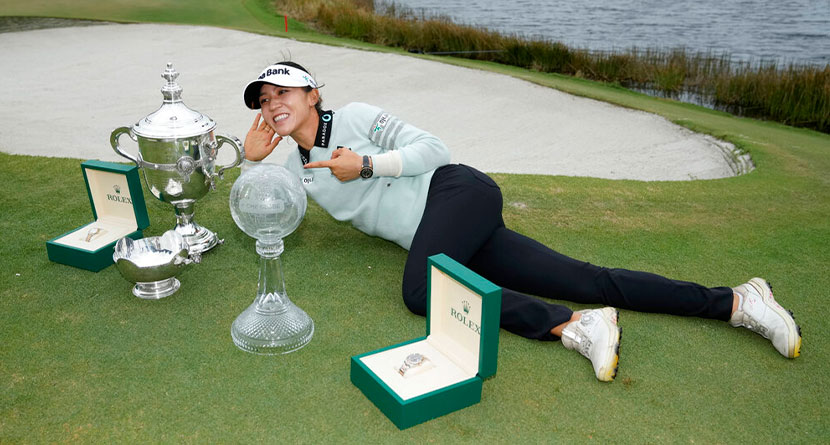 Steven Alker capped off one of the more remarkable stories on the PGA Tour Champions. He had no status when he turned 50 last year with three months left in the season and still made it to the postseason. And then he carried that momentum into this year by winning the Charles Schwab Cup.

Lydia Ko gave New Zealand another big title when she won the CME Group Tour Championship with its $2 million prize to capture the LPGA Tour player of the year award and win another Vare Trophy for having the lowest scoring average.

Not to be overlooked is Ryan Fox.

Between Lydia Ko, Steven Alker and Ryan Fox, New Zealand has had a fantastic 2022 golf season.

He ended last year at No. 213 in the world and was nearly three years removed from his last victory. The Masters remained only a dream.

Eleven months later, the 35-year-old Kiwi was No. 2 in the DP World Tour Rankings behind Rory McIlroy until a pedestrian start in the season finale took him out of the mix to be Europe’s 1.

“Beating Rory is pretty hard to do, but coming into this week with a chance is pretty cool and probably exceeded my expectations for the year,” Fox said at the DP World Tour Championship.

“If you had given me that at the start of the year, I would have jumped at it,” he said.

Perhaps the biggest perk was moving up to No. 27 in the world, which locks up his first trip to the Masters. This was the third time in the last five years Fox has played in three majors. He just never made it to Augusta National.

“That’s one I’ve been wanting for a long time, since before I turned pro,” he said. “I guess a couple of years ago, probably thought I was getting a bit old and it was going to be a little bit too hard. But to get it done this year is amazing.”