Siem DQs Himself After Rules Gaffe Results In 10 Penalty Strokes 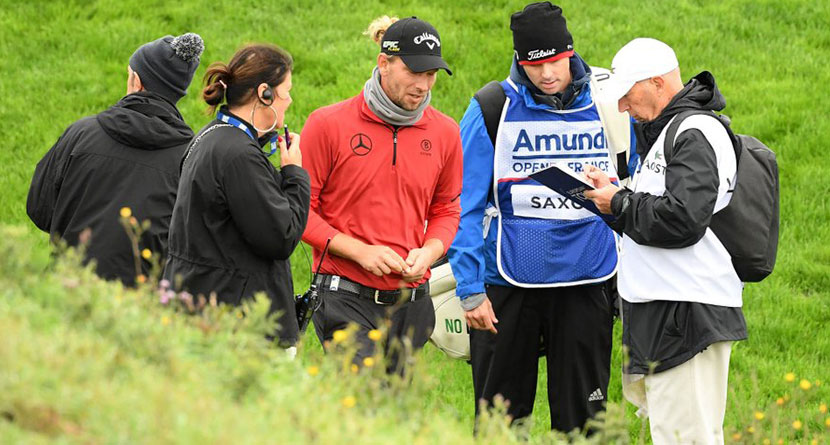 After LPGA Tour pro Lee Ann Walker racked up 58 penalty strokes during the Senior LPGA Championship last week, it was very unlikely that there would be another story that would rival that kind of bizarre penalty-stroke-stacking performance, but it only took a few days to happen.

After Walker missed the cut in French Lick, Indiana on Oct. 15, some 4,200 miles away outside of Paris, France a similar fate befell European Tour pro Marcel Siem.

Siem, playing in the French Open at Le Golf National, site of the 2018 Ryder Cup, began his opening round under the impression that a lift, clean and place provision was in place. En route to a 1-over par 37 on the front nine, Siem lifted, cleaned and replaced his ball in nearly the same position five different times.

After being made aware that he was doing so illegally, Siem opted to disqualify himself from the tournament rather than take the 10 penalty strokes he accrued.

Another day, another rules fiasco.

“That was a little too much for me and I disqualified myself,” Siem wrote on Facebook, which GolfChannel.com translated. “I thought I owed you the explanation.”

The disqualification was magnified in the German’s case because he entered the event 189th on the European Tour’s season-long Race to Dubai points list. Without many options remaining, Siem said that he will turn his focus to gaining back Tour status at Qualifying School.

“Now I’ll be meticulously preparing for the Qualifying School in November to get the full tour ticket back so I can finally go forward again,” Siem said. “I promise I’ll be back.”

Currently No. 794 in the Official World Golf Rankings, Siem hasn’t finished inside the top-10 anywhere in the world since 2017, and he hasn’t won since the 2014 BMW Masters.