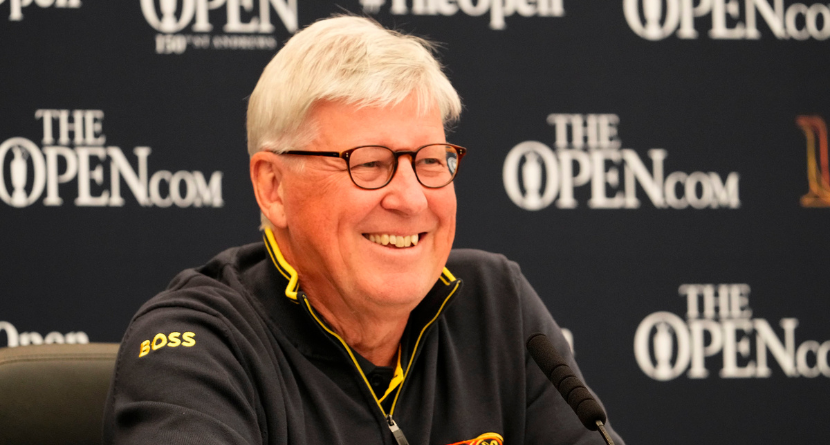 The governing bodies responsible for running the four major championships appear to be aligned on this point: the Saudi-funded LIV Golf Series has put professional golf in flux.

The final shoe to drop came Wednesday, when R&A chief executive Martin Slumbers spoke passionately on behalf of the organization hosting the 150th Open Championship at St. Andrews this week.

“There is no such thing as a free lunch. I believe the model we’ve seen at [at the first two LIV events] is not in the best long-term interests of the sport as a whole and is entirely driven by money,” said Slumbers, 62, who’s served in his role since 2015. “We believe it undermines the merit-based culture and the spirit of open competition that makes golf so special.”

It’s still unclear whether the R&A — or the other bodies, for that matter — will take the drastic step of barring LIV golfers from competing. Slumbers did, however, indicate that qualifying criteria could see some tweaking.

“We will hold totally true to The Open being open to anybody,’’ Slumbers said. “But we may well look at how you get into that, whether it’s an exemption or a need to qualify through our qualifying process.”

On the notion that crowding the current pro golf landscape is a recipe for growth, as LIV Golf’s proponents have asserted, Slumbers was unequivocal.

“I would also like to say that in my opinion the continued commentary that this is about growing the game is just not credible and if anything, is harming the perception of our sport which we are working so hard to improve,” Slumbers said. “We believe the game needs to focus on increasing participation, achieving greater diversity, and making sure that golf is truly open to all, rather than this narrow debate involving a small number of players.

“As importantly, it detracts from what makes golf, as Arnold Palmer stated, the greatest sport that mankind ever invented. Golf is far more than just professional golf, and we should all remember that.”

As currently constituted, the game adequately rewards players who perform the best, Slumbers said. And besides, prestige and trophies are clearly not the motivation behind the LIV endeavor.

“I can look in the eye of any boy or any parent of that boy and know that, if he comes into the game and wants to get to the top, wants to play this game, that there is a pathway to the top totally based on his ability and his willingness to work hard,” Slumbers said. “That has been fought for by our sport for 100 years, that pathway from picking up a golf club to playing at the top level. I think it’s worth fighting for. And that pathway is the biggest piece of the ecosystem for me.”