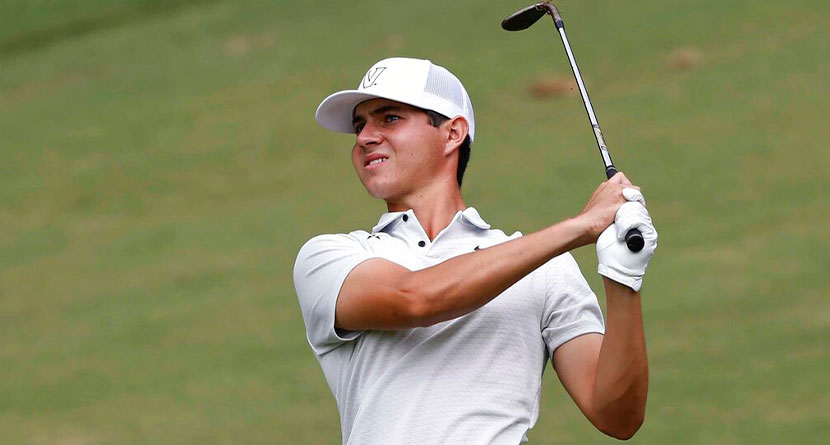 The Masters expanded its reach to elite amateurs on Thursday when it offered a special invitation to NCAA champion Gordon Sargent, the first time in more than 20 years an amateur received such an invitation.

“The Masters Tournament prioritizes opportunities to elevate both amateur and professional golf around the world,” Chairman Fred Ridley said. “Whether on the international stage or at the elite amateur level, each player has showcased their talent in the past year. We look forward to hosting them at Augusta National in April.”


Sargent is the No. 3 player in the world amateur ranking and among the growing list of young American college stars.

As a freshman at Vanderbilt, he won the NCAA individual title last year with a birdie on the first hole in a four-man playoff over Eugenio Chacarra, Parker Coody and Ryan Burnett. He also was chosen for the Palmer Cup, matches between college players from the U.S. and Europe.

A post shared by The Back of the Range (@thebackoftherange)

The last amateur to earn a special invitation was Aaron Baddeley of Australia in 2000, who was 18 when he beat a field that included Greg Norman and Colin Montgomerie to win the Australian Open.

The invitations bring the current field to 80 players. The only way to qualify now before the April 6-9 tournament is to win a PGA Tour event that offers full FedEx Cup points or be in the top 50 in the world ranking a week before the Masters.

Higa’s invitation was expected. The Masters has a history of inviting international players who have had sterling seasons without having regular access to the PGA Tour. The last special invitation went to Shigo Imahira of Japan in 2019.

Higa is No. 68 in the world and his four wins on the Japan Golf Tour include the Dunlop Phoenix in November, one of the strongest fields of the year in Japan.