Masters Champ Doesn’t ‘Want To Be Out There Playing Golf’ 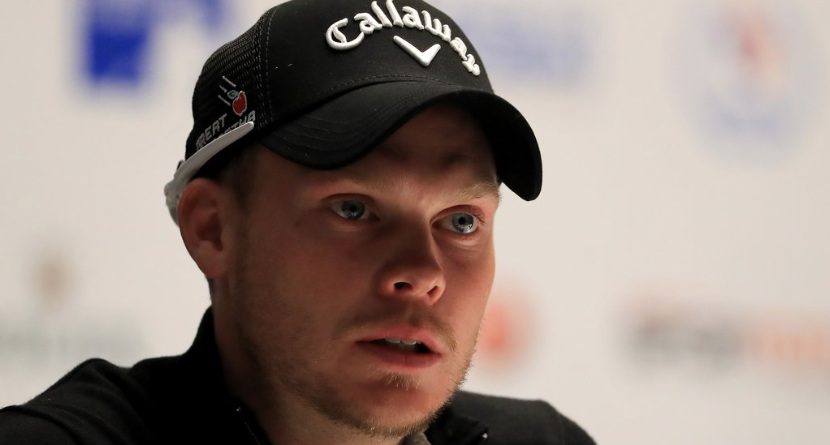 Golf is hard, even for major champions. Just ask Danny Willett. The 29-year-old Englishman who won the Masters back in April is now at a loss for words, and his swing.

Since claiming the Green Jacket seven months ago, Willett only has two top-10s and is in the midst of swing changes, that him and his coach, Peter Cowen, are consistently working on.

After finishing up last week’s Turkish Airlines Open with a final round 75 which left him tied for 68th, Willett spoke with reporter Alex Miceli about his recent struggles.


“It just comes and goes, couple of good days and couple of bad days.” Willett said. “To be honest I don’t really want to be out there playing golf.”

Well this game is really kicking me in the nuts at the minute!! If it’s not one thing it’s another.. Haha.. #grinditout #TurkishAirlinesOpen

Willet, who currently sits in second place in the European Tour’s Final Series, is scheduled to play this week’s Nedbank Challenge in South Africa. After last week’s performance, he’s now contemplating not even playing at all.

“It couldn’t happen at a worse time,” Willett continued. “Things are just not going our way, nothing feels that great.”

Find your center, Danny – and be the ball!