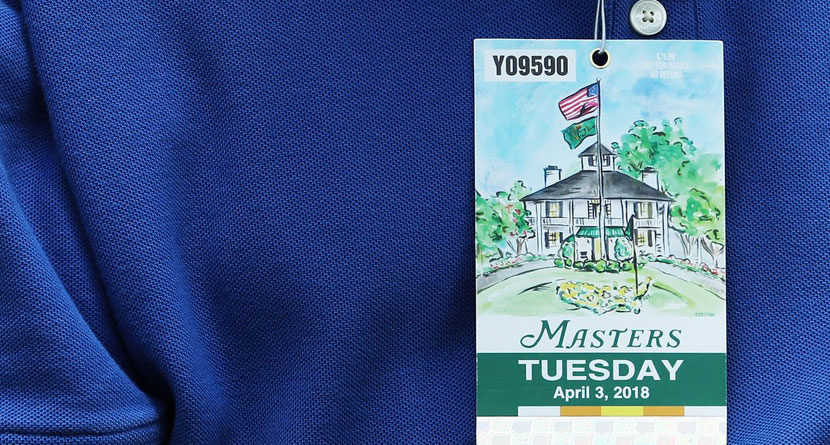 A Texas family who found a way to game the Masters ticket lottery will pay in excess of $275,000 in community restitution fines as well as the ring leader of the operation entering a plea agreement to spend three years in prison.

Four members of the Freeman family of Katy, Texas were charged with federal crimes for using stolen identities to circumvent the Masters lottery system, which netted them 1,130 tickets and a profit of $530,000.

The scheme involved purchasing bulk mailing lists to obtain names and addresses of people who the Freemans would, in turn, register on the Augusta National online ticket lottery. The lottery only allows for one entry per address, which was the restriction the entire scheme was meant to circumvent.

The bogus accounts were submitted along with email addresses that the Freemans controlled.

When the fake names were selected, the family would use “false driver licenses, false utility bills and false credit card statements in the identity of the fake user accounts,” to request Augusta National mail the badges to addresses where the Freemans would be able to receive them.

Stephen Michael Freeman admitted that the scale of their scheme reached 4 million, according to The Augusta Chronicle.

“These profiteering con artists thought they had succeeded in hijacking the Augusta National’s generous ticket lottery system to satisfy their own greed,” Bobby L. Christine, U.S. Attorney for the Southern District of Georgia, said in the office’s statement. “The vigilance of the Augusta National staff and the investigative acumen of the FBI ferreted out the fraud, ensuring justice is served to these cheats for the federal crimes they committed.”

“This scheme was designed to profit from the resale of tickets, but in the process, it also would have denied legitimate citizens a fair chance to obtain tickets to a prestigious golf tournament,” Chris Hacker, Special Agent in Charge of FBI Atlanta, warned. “We hope that this case sends a message that the FBI will make it a priority to investigate these cases, and if you get caught, you will pay the price.”