What’s A Masters Win Worth Financially To Scottie Scheffler? 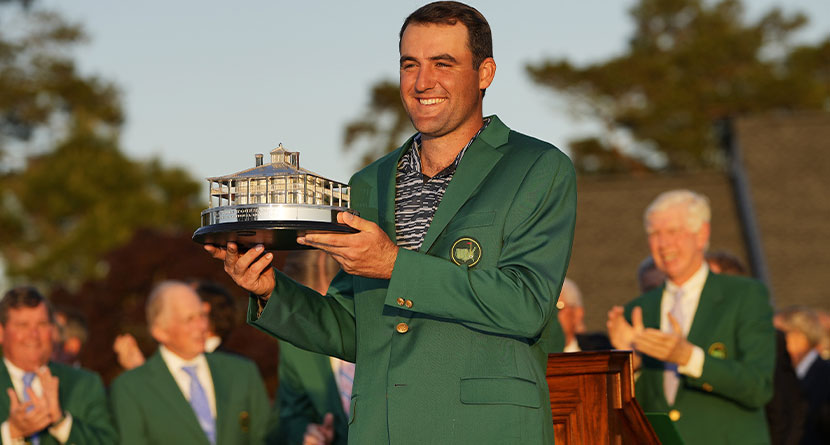 Winning the Masters has a lot of perks, not the least of which are a pretty iconic green jacket, a tee time at Augusta National for the rest of your life and a record-setting $2.7-million payday, but Scottie Scheffler’s biggest windfall for winning at Augusta National on Sunday will come in the future.

Before we look further down the line, note that Scheffler has already banked over $10 million in on-course earnings this season. It’s only April and there are 20 more events to go. For reference, last year’s leading money winner on the PGA Tour, Jon Rahm, made $7.7 million.

That’s not to mention any add-ons that may be coming Scheffler’s way by way of the Tour’s souped-up FedEx Cup and bonus structure. As of this writing, Scheffler has accrued 2,770 FedEx Cup points, and while that number may seem abstract to many, it practically guarantees Scheffler over $1.3 million.

If Scheffler didn’t play another round of golf this season, using last year’s season-end FedEx Cup standings as a barometer, he would finish in sixth place. That’s the equivalent of an $850,000 payout for the Comcast Business Tour Top-10 as well as $500,000 for coming in 30th in the year-ending Tour Championship.

Given his current form, it’s a pretty safe bet that Scheffler will only add to that guaranteed $1.3 million.

Scottie Scheffler has made over $10 million this season.

There are 20 events left this season.

While lucrative purses and bonus structures on the PGA Tour will do enough for Scheffler to live comfortably for the rest of his life after three years as a pro, off the course is where he can make even more.

According to Andrew “Chubby” Chandler, a British agent who has represented the likes of Darren Clarke, Lee Westwood, Rory McIlroy, Louis Oosthuizen, Matt Wallace and Charl Schwartzel, a major victory for someone like Scheffler could net him upwards of $10-15 million over the next few years off the course as well.

Let’s break down where those numbers come from.

Chandler posited in 2020 that Masters victories, more than any other major win, help “established” players more than out-of-nowhere winners.

“Someone in the top 50 who wins the Masters will do really nicely out of it, particularly if they haven’t won a major before,” Chandler said. “That bottom player — sponsors wait to see if he carries on a bit.”

The three main drivers of off-course revenue from Scheffler will come in the form of equipment contracts, endorsements & sponsorships and appearance fees. Chandler estimated that a first-time major champion at the Masters could triple their equipment contracts with a green jacket in their closest. Fortunately or unfortunately for Scheffler, TaylorMade snatched him up in early March as his heater began.

As for endorsements, Scheffler stands to rake in the cash in the next 12 months primarily as he is able to travel and appear with the iconic green jacket before he is supposed to return it to the club. According to Chandler, this is “marketing gold for a company looking for something to differentiate it with clients and energize its employees.”

Finally, appearance fees for someone with Scheffler’s resume and world ranking were likely going up already, but a Masters champion can command upwards of $500,000 for tournaments in the Middle East and Asia, whereas mid-tier players can only hope to receive $50,000.

With FedEx Cup bonuses, Player Impact Programs and various other ways to compensate the best players in the world for their accomplishments, Scottie Scheffler seems to have broken through at the right time, a far cry than what Jack Nicklaus inherited for winning his six Masters titles.

“Winning the Masters today is worth a lot financially and reputationally,” Nicklaus aid. “Back when I won it for the first time, it meant a lot in the world of golf, but not a whole lot financially. It was part of my resume.”