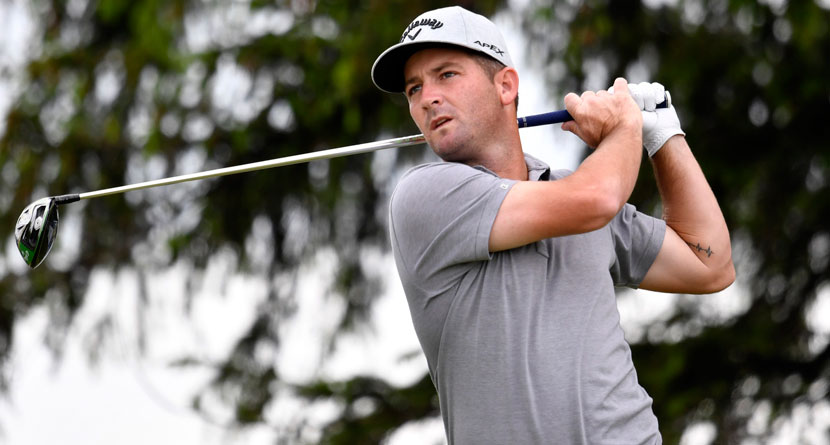 Matt Every was hit with a three-month suspension last week after failing a test. Robert Garrigus was similarly put on the shelf by a suspension in March of this year.

Unlike Garrigus who said in his statement that his failed test was the result of a relapse, Every stated that he holds a medical prescription for cannabis for a mental health condition.

“I tested positive for cannabis, a drug I do not abuse and a drug I have a legal prescription for in the state of Florida,” Every told GolfChannel.com’s Ryan Lavner. “I have been prescribed cannabis for a mental health condition by my physician whom has managed my medical care for 30 years. It has been determined that I am neither an acceptable candidate to use prescription “Z” class drugs nor benzodiazepines. Additionally, these classes of drugs can be highly addictive and harmful to the human body. For me, cannabis has proven to be, by far, the safest and most effective treatment.

“With that being said, I have no choice but to accept this suspension and move on. I knew what WADA’s [World Anti-Doping Agency] policy was and I violated it. I don’t agree with it for many reasons, mainly for my overall well-being, but I’m excited for what lies ahead in my life and career. Over the last few years, I have made massive strides and I know my best is still in front of me. I can’t wait to come back better than ever in January.”

PGA Tour suspends Matt Every for 12 weeks for violating the code of conduct pertaining to “drugs of abuse.” Will be eligible to return at Sony in January.

Every, who won the Arnold Palmer Invitational back-to-back in 2014 and 2015, played in 16 events on the PGA Tour in 2019 as well as three on the Korn Ferry Tour. This season, Every has made five starts, missing two cuts, withdrawing one and finishing T18 and T28 at the Shriners Hospitals for Children Open and the Houston Open, respectively.

After returning from his suspension in July, Garrigus lamented the current drug policy on Tour.

“I wasn’t trying to degrade the PGA Tour in any way, my fellow professionals in any way. I don’t cheat the game, that wasn’t my intentions, but the rules are the rules, I went over (the accepted limit and I got suspended.,” Garrigus said. “(Marijuana) just doesn’t help you get it in the hole. I understand HGH, anything you are trying to do to cheat the game, you should be suspended for 100 percent. Everything else should be a discussion.

“If you are doing marijuana, then we should be testing for alcohol, too. If you can buy it in a store, then why are we testing for it? That’s my opinion.”

Every is eligible to return to the PGA Tour in January at the Sony Open in Hawaii.