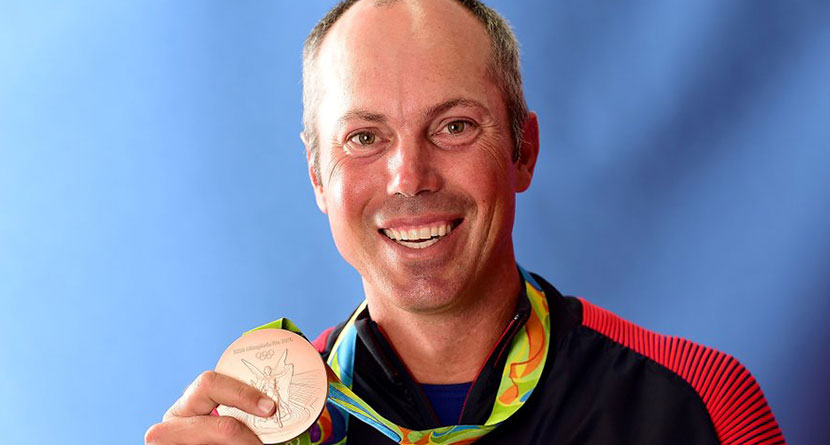 For many athletes, an Olympic medal is among their most prized possessions; proof of years of unseen hard work and mustering their best efforts when the lights shined the brightest.

For golfers, it appears as though the sports reindoctrination into the Games is growing in stature after a successful jaunt in Rio. Mexican PGA Tour pro Abraham Ancer went so far this week to call it his biggest tournament of the year outside of the majors.

“I would consider it like maybe fifth major. One of those for sure,” Ancer said on Tuesday in Hawaii. “It’s different because I didn’t grow up really thinking about the Olympics for golf. Never been part of it. But now that it is, definitely a big deal. Huge deal.”


With such emphasis being put on the competition, you’d expect the three medal winners from the 2016 Games to have done something special with their prizes, right? Framed it, displayed it, put it under lock and key? Not Matt Kuchar.

Kuchar first spoke about how much he cherished the opportunity to be an Olympian and a medal winner.

“I’m hugely proud to have been part of an Olympics, to be able to call myself an Olympian,” Kuchar said. “Hugely proud to be a medalist at an Olympics. It’s definitely a goal of mine to be part of the Olympics in 2020 in Japan.”

But then asked where the medal is, Kuchar and a member of the media had an illuminating back-and-forth.

Q. Where is the medal now?
MATT KUCHAR: I have it. I have it. Stays in my backpack.

Q. Goes everywhere?
MATT KUCHAR: Wherever my backpack goes it goes, yeah. It’s just been fun to show off. Hadn’t found a home anywhere other than my backpack. You know, it’s easy to travel with. Fun to show off. I probably haven’t brought it out other than in airport screenings I always take it out. They see this big medal blob and always take it out. I always bring it out and it’s in a sock, and the screener always — you know even though I’ve put the sock out open in a bin, the screener always grabs a hold of it, pulls it out, and eyes kind of bug out.

So it comes out at every airport. Aside from that…

Q. In a sock? Is the sock made for it?
MATT KUCHAR: No, a typical sock.

Q. Do you wash the sock? Good Lord.
MATT KUCHAR: It was washed before — it was a clean sock before. (Laughter.)

“It’s a similar reaction over and over again,” Kuchar said of the TSA agents finding a bronze medal stuffed in a sock. “(They) just kind of bug out. ‘Is this real? What’s it for?’ They start showing it off to their friends. (I’m like), ‘Hey, I got to catch a flight now.'”

Kuchar left Hawaii with another trophy last year after defeating Andrew Putnam by four strokes at Waialae Country Club, the most recent of his nine PGA Tour victories, but it’s unlikely that the Sony trophy fits into any kind of garment.

That honor is reserved strictly for Olympic medals.