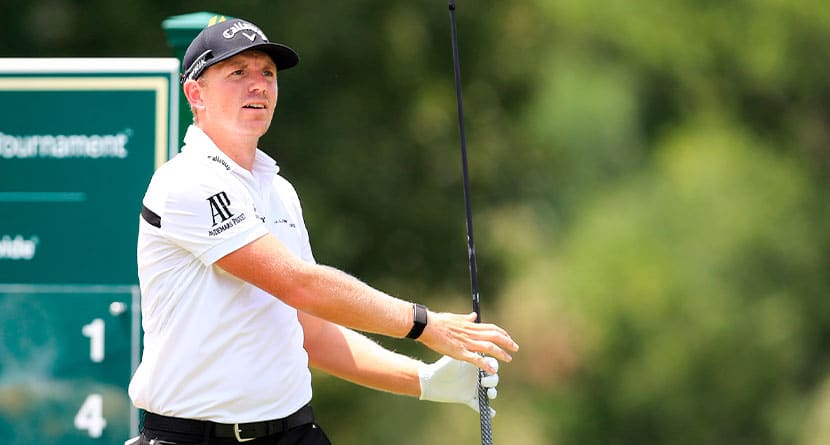 By and large, professional golfers play on some of the most scenic and well-manicured courses in the world, and this past week in Italy was no exception despite an unusual local rule that came into effect multiple times over the course of the event.

It’s not unusual to see power lines and towers populate municipal courses around the world, but they typically absent when one of the biggest Tours in the world chooses a host venue. That wasn’t the case at Chervo Golf Club in Brescia, Italy, which hosted this week’s Italian Open.

As such, the club has a local rule in place that European Tour chief referee Mark Litton expected to be used multiple times over the course of the week, and he was right.

“I will be amazed if this doesn’t occur a few times during the week because there are certainly two holes where shots are being hit between the cables,” he said, according to EuropeanTour.com.

The rule, which states, “If it is known or virtually certain that a player’s ball hit a power line or tower or a wire or pole supporting a power line during play, the stroke does not count. The player must play a ball without penalty from where the previous stroke was made (see Rule 14.6 for what to do).”

During Thursday’s opening round, that’s exactly what happened to top-50 player in the world, Matt Wallace. Playing the par-4 12th hole, Wallace’s approach can be heard striking the power line, which ricocheted his ball near a penalty area.

After replaying the shot, Wallace stuck the approach and made birdie.

His wasn’t the only run-in with the power wires this past week, however.

Westy off the wire!!! pic.twitter.com/S2IsN0hKo9

Perhaps most notable was a tee shot from eventual runner-up Laurie Canter during the third round. A tee shot on the par-5 fourth hole that seemed destined for the fairway — or at least land — struck a power line and went into a penalty area. On his second drive, he hit it straight into the water, resulting in a bogey.

Ah — so he hit a decent drive, it struck a power line, he had to replay it, and he hit the second one into water. The result will probably be a preposterous bogey. He managed to smile which is probably the correct response.

While Canter was able to smile about it at the time, the stroke penalty ended up being the difference between his T2 finish and heading to a playoff with eventual champion Ross McGowan.