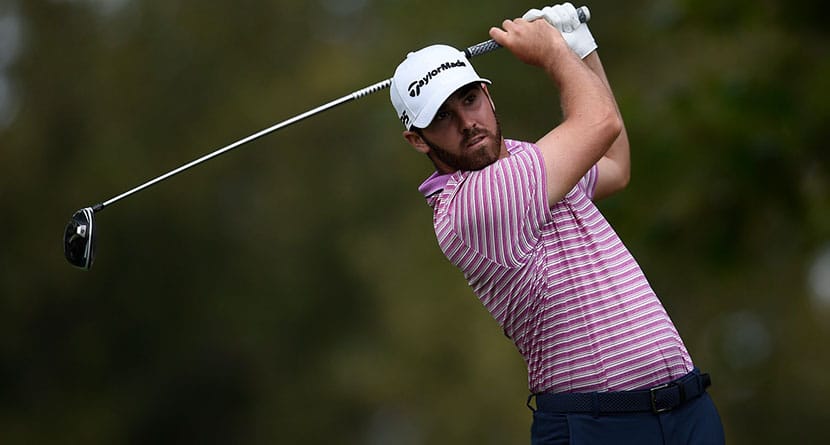 Matthew Wolff, the No. 15-ranked player in the world, walked off the 9th green at the Nicklaus Tournament Course at PGA West fresh off of birdies on two of his last three holes to seemingly make the cut comfortably at The American Express last weekend.

However, shortly after holing out for a second-round 5-under par 67, he was informed by a PGA Tour rules official that he would be retroactively assessed a penalty for something that happened on the first hole of the tournament.

Playing alongside Kevin Na and Tony Finau in a PGA Tour Live featured group, Wolff’s opening drive found the left rough. In the course of hitting his approach shot, Wolff notified an official that his ball moved during his backswing, but that he didn’t believe he had moved it.

PGA Tour rules official Slugger White conferred with Wolff and the ruling at the time was that there was no breach under Rule 9.4b, which states that “if the player lifts or deliberately touches his or her ball at rest or causes it to move, the player gets one penalty stroke.”

Matthew Wolff was retroactively assessed a penalty stroke in a rare rules scenario.https://t.co/UuD2VRzVcU

However, in this instance, being one of the PGA Tour’s brightest young stars has its drawbacks. Because Wolff was featured on PGA Tour Live, the video of his shot was able to be studied further by rules officials and ultimately it was determined that Wolff was responsible for causing the ball to move.

The issue with assessing the penalty was that it took more than 24 hours and 36 holes to inform Wolff that the decision had been reversed and the par he thought he had made and signed for the day prior was actually a bogey.

PGA Tour rules official Steve Rintoul approached Wolff after he had completed his second round on Friday and informed him of the decision.

“The incident was filmed on PGA Tour Live and was not brought to our attention until Matthew was well into his second round today,” Rintoul said. “Once we realized there was video evidence, we had to look at it. Matthew was extremely professional and initially thought he was in a disqualification situation. But, fortunately for him, it was not.

“He was acting under the jurisdiction of an official yesterday and understood how the penalty applies when a ball is moved by the player. Matthew said he didn’t feel like he caused the ball to move, but certainly understood that he could have. He was extremely professional about the entire situation.”

Wolff ended up making the cut by two strokes instead of three, and ultimately finished the week in a tie for 40th at 8-under par. Were the stroke never added, he would have finished three spots better, the effective difference of $6,030.