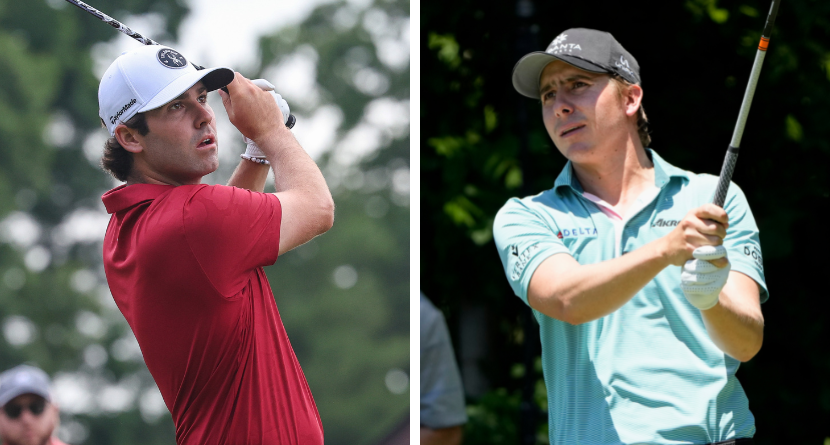 With a funky swing, a stellar collegiate record and leading man looks, Matthew Wolff burst onto the professional golf scene three years ago and appeared destined for PGA Tour stardom.

But here in 2022, his rise has stalled. In fact, the one-time Tour winner recently dropped to No. 74 in the Official World Golf Ranking amid a string of missed cuts and on-course outbursts after sitting out a considerable chunk of the previous season as he addressed his mental health.

And now, thanks to his impending defection to Greg Norman’s LIV Golf Series, comes a more dire outlook for his once-promising PGA Tour future.

Wolff, 23, headlined the latest batch of signees announced by the Saudi-funded startup circuit on Monday. Additionally, Carlos Ortiz, 31, of Mexico, and Eugenio Chacarra, the second-ranked amateur in the world, were added to the LIV roster. All three are set to debut when the series shifts to American soil later this week at Pumpkin Ridge in Portland, Ore.

Wolff and Ortiz will be subject to the same indefinite ban with which Phil Mickelson, Dustin Johnson and 15 other former PGA Tour members were served when they struck their opening tee shots in the series’ London opener earlier this month. In the case of Chacarra, who, like Wolff, was a collegiate standout at Oklahoma State, it’s likely he won’t be granted membership to the Tour anytime soon, nor will he be eligible to participate in any Tour events on a sponsor’s exemption.

The 22-year-old took to his Twitter account to explain his decision to turn pro, calling the LIV offer “an opportunity I could not turn down.”