Matthew Wolff’s Frustrations Boil Over After Horrific Start To Masters 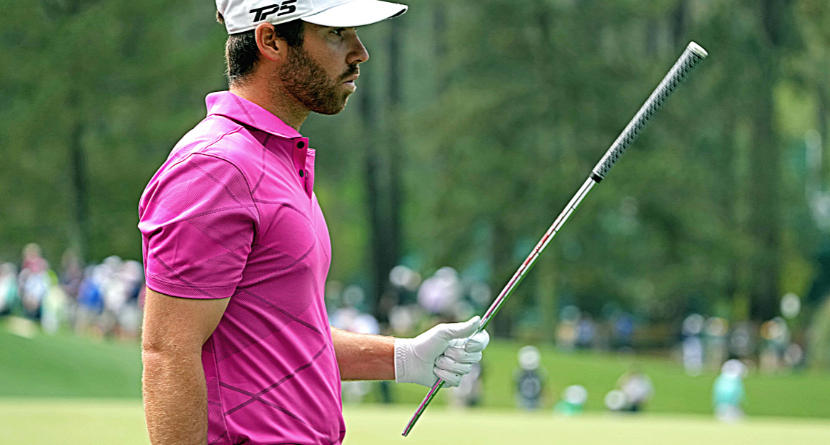 Matthew Wolff may have just reached the nadir of a promising young PGA Tour career.

The uber-talented 22-year-old — who last year was disqualified from the Masters after signing an incorrect scorecard — opened play in this edition with a double bogey, a bogey and another bogey before snapping his club in frustration after hitting his tee shot on the par-3 fourth hole.

Matthew Wolff breaking his club and it had the most amazing sound pic.twitter.com/5SoRsUGGER

The former Oklahoma State standout later submitted another low-light, attempting a putt out of a greenside bunker on the seventh hole. The ill-advised shot went about how you’d expect, and when all was said and done Wolff found himself in a tie for 86th place after posting a 9-over-par 81.

Matthew Wolff just tried to putt the ball out of the bunker on No. 7 … it did not work pic.twitter.com/WFmDad1K1N

Wolff has been refreshingly honest about his mental health struggles. The former 12th-ranked player in the world has watched his stock plummet since he finished runner-up to Bryson DeChambeau at the 2020 U.S. Open, but he still has his whole career in front of him.

Here’s hoping Thursday’s struggles lead to some soul-searching and a fresh outlook on Friday.