Max Homa Can Enjoy Time Away With A Rock-Solid Foundation 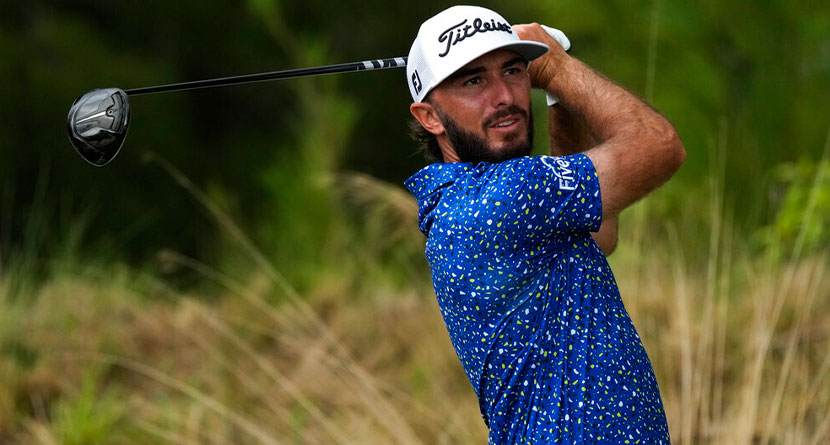 Hal Sutton once went into a slump so severe he was embarrassed to be on the range next to the best players. When he finally got back on track, there was a time he was worried about leaving his clubs in the closet for too long in case his game left him.

Max Homa can appreciate the feeling. He emerged from a terrible slump, even though it didn’t last as long as Sutton’s, nor did he fall as far.


“I would say every day that I take a break, I get nervous that it’s going to go away,” Homa said. “But that’s what you have a good team for. That’s why you surround yourself with great people.”

That’s not to confuse nervousness with panic. For Homa, there is a confidence that comes from the work he put in to get to this point — four wins in the last two years, a 4-0 record in his Presidents Cup debut and No. 17 in the world ranking.

It goes back to a story Homa shared on a “No Laying Up” podcast four years ago about a stonecutter who hammers away on a huge boulder and shatters it with the 101st strike. The quote he found from Kobe Bryant was that a wise man knows it wasn’t the last swing but the 100 swings that came before it.

In case you needed a rooting interest today, here’s Max Homa with one of the greatest 4 minutes in our podcast history. Missed 15 of 17 cuts in 2017, but kept saying “today’s the day.” https://t.co/Rj3wG7Njh6 pic.twitter.com/LPUijqh1Fw

Homa took one of his longer breaks — he and his wife had their first child — between the CJ Cup (Oct. 23) and the Hero World Challenge (Dec. 1), not just time away from tournaments but not touching a club for a couple of weeks.

“For my friends who know me, I don’t do that,” Homa said. “It was cool. Came back out to the golf course, hit the ball well, joked I still had it and moved back along.

“I’ve seen some lows, but those lows didn’t start from me taking a break from golf,” he said. “So I’ve got to remind myself of that a lot when I do decide to take a break. My mechanics are better now, I’ve put a lot of time in. I don’t fear it like in a realistic way.”

The next break will be shorter, three weeks before the Sentry Tournament of Champions.