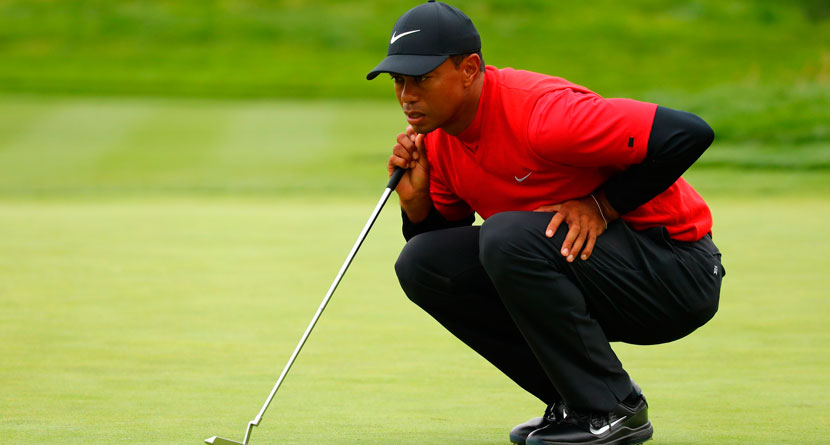 Writing his weekly column for The Sunday Times, the Irishman shared his thoughts heading into the final major championship of the 2019 season.

Beginning by labeling hometown hero Rory McIlroy as the favorite to take home the Claret Jug at Royal Portrush, McGinley went on to openly question Woods’ health and warned readers against placing a wager on the 16/1 golfer.

“(Woods) can’t expect to contend with so few competitive rounds under his belt,” McGinley wrote. Woods has only played one tournament — the Memorial — that wasn’t a mjor championship since before his breakthrough win at the Masters.

“I wouldn’t rush to put any money on Tiger Woods,” McGinley continued. “I don’t understand what’s going on with the Masters champion. Since April, he has entered just one tournament outside the majors — the Memorial in late May. That is bizarre. There must be something physically amiss we don’t know about because even in the zenith of his career 20 years ago he couldn’t have expected to contend for the big championships with so few competitive rounds under his belt.”

Woods, who won his 15th major championship at the Masters, has play just 10 competitive rounds of golf since April. He missed the cut at the PGA Championship at Bethpage Black, finished T9 at the Memorial and T21 at the U.S. Open.