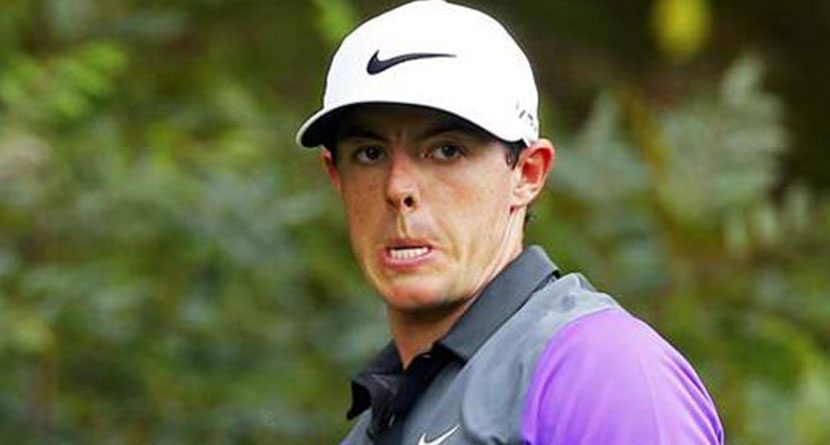 Tweets can be deleted, but the Internet never forgets. Neither, apparently, does Rory McIlroy who proved both of those statements correct early Wednesday morning. Likely while watching Olympic sports “that matter,” news flashed across McIlroy’s television that Olympic Council of Ireland president Pat Hickey was arrested in connection with an Olympic ticket scalping scheme.

News of the arrest led to a timely, no-so-cryptic and soon-deleted tweet from the World No. 5.

McIlroy and Hickey have a checkered history, as Geoff Shackelford of GolfDigest.com explained.

Back in 2012, Rory Mclroy was embroiled in a public spat with Olympic Council of Ireland’s Pat Hickey over which country he would play for should he qualify for the Rio 2016 games.

When Hickey was arrested this week in his role as head of the European Olympic Committees for scalping tickets, McIlroy quickly took to Twitter with a one word “#karma” post that the world No. 5 quickly deleted.

That he still has lingering feelings over the Hickey situation speaks to how much of a headache the decision over who to represent weighed on McIlroy. Four years ago, Hickey claimed to have been misquoted in suggesting McIlroy would be in the “pole position” as the Irish Opening Ceremony flag-bearer. Eventually McIlroy issued a “Cultural Identity” letter that did not settle the situation. More recently, he declared for Ireland, then famously withdrew from the Rio 2016 games over Zika virus concerns.

In the lead-up to the Rio 2016 Games, Hickey revealed that McIlroy’s sponsor, Nike, “dismissed” the opportunity to bid on outfitting the Irish golf contingent.

It’s safe to say that McIlroy’s tweet was directed at Hickey.